Sentencing in Criminal Cases in Colorado 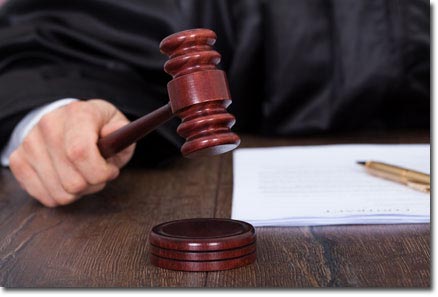 The most important phase of your criminal case in a Denver, Arapahoe, or Jefferson County court is the sentencing hearing. You've either pled guilty or been found guilty at trial, and now the judge will decide on the appropriate punishment for the crime. It is vital that you work with an experienced criminal defense attorney for sentencing – your freedom is at stake. Sentencing laws are extremely complex, and there are many hidden rules which could benefit or harm your case. It is important to have a seasoned lawyer evaluate your situation and ensure you get the best possible outcome at sentencing.

Sentencing is the most important phase of your criminal case.

The Political Nature of Sentencing for Judges

The sentencing hearing is quite political. This is because judges are subject to retention votes from the public during election years. Therefore, judges are extremely sensitive to making sure the punishment fits the crime. Unfortunately, this often errs on the side of being biased towards the alleged victim, their family members, District Attorneys, and probation officers.

Risks for Judges at Sentencing and How they Limit Risk

County and District Court judges are tasked with a difficult responsibility at sentencing hearings. They have a desire to please the public, because their job security is tied to how the public views them. But, they also cannot sentence everyone to prison, because prisons and jails are overflowing. Judges cannot sentence too harshly or too leniently – publicity in either direction is bad for their careers. The way judges limit their risk is by basing their sentencing decision on the professional opinions of different workers in the criminal justice field. By relying on the recommendations of professionals, judges can safeguard and share the responsibility of sentencing. Here are a few common professionals who are called upon to give input at sentencing:

Work with a lawyer who will aggressively defend your future at sentencing.

Before the sentencing hearing in criminal cases in Adams, Douglas, and Boulder County, a judge will request a Presentence Investigation Report from the probation department. A probation officer, who will investigate the facts of the case and provide their own recommendations for sentencing, creates this PSI report. Many different aspects of the case and the defendant's life will be evaluated, including:

Other professionals which the court may call on to provide input on sentencing are:

The Role of District Attorneys at Sentencing

At the sentencing hearing, the judge will always hear a sentencing statement from the District Attorney in Chaffee and Arapahoe County, and across Colorado. This statement will be an orchestrated, emotional statement presenting every negative aspect of the defendant to the judge. The suffering and emotions of the alleged victim will be focused on, and the prosecution also commonly requests financial restitution as well as a harsh sentence during this plea to the judge.

The Role of the Victim at Sentencing

When a victim stands in the courtroom and provides their statement to the judge, this is a dangerous part of sentencing. The alleged victim will outline all they have suffered as a result of the defendant's actions. Embellishment is common. In our years as criminal defense lawyers, we have seen both reasonable, and unreasonable victims. Some victims want revenge through a harsh sentence, and often ask family members to support their request by talking to the judge.

The Role of the Defense Attorney at Sentencing

It is vital that a defendant work with a seasoned criminal defense lawyer for the sentencing hearing. Sentencing laws are extremely complex. Even judges must get insight and support during sentencing. There are hidden rules which could either greatly benefit your situation or severely harm it. The knowledgeable criminal lawyers at our office understand the thought process and motives of judges, and will be able to evaluate your case to get you the best possible outcome.

Important Advice for Clients at Sentencing

As experienced criminal defense attorneys, we have learned the most important thing for a defendant to do at sentencing is to accept responsibility for their conduct. A remorseless statement will only help the judge sentence more harshly, while a genuine, repentant statement will help the judge see there is remorse and hope for rehabilitation. We coach our clients on the best way to communicate this remorse without blatantly saying they accept full responsibility. We also train our clients how to address the court and state any reasons why the judge shouldn't sentence them to prison or jail, such as needing to provide for their family. Our insight as criminal defense lawyers with 40 years of combined courtroom experience is invaluable for your future.

A judge has two options at the sentencing hearing – either to give the defendant probation or incarcerate them. Let's take a look at these two options and what they include:

There are limits to incarceration sentences. These include mandatory minimums for crimes of violence, such as Robbery, Assault, or sex offenses. In addition, certain sex offense are subject to indeterminate sentencing, which means there is no upper limit to the amount of time a defendant is sentenced to prison.

When a judge gives a defendant probation, they are able to impose any restrictions and conditions which are “reasonably related” to the defendant's rehabilitation so they don't reoffend. These include:

Sentencing is the most crucial part of your criminal case. At the sentencing hearing, your life could take a turn for the worse if a judge decides to impose the harshest sentence possible, or a turn for the better, if the judge sentences you to probation to get the help you need. Because the sentencing hearing decides your future, it is vital that you work with an aggressive criminal defense lawyer who will evaluate your case and speak convincingly on your behalf in the courtroom. It is much better to have an advocate defend your future than to speak on your own. You don't want any surprises at the sentencing hearing. Be informed about your options by working with an affordable, understanding lawyer who will fight to get you the best possible outcome in your case.