I n this week's installment of Simplified Law, we're going to look at Disorderly Conduct charges in Jefferson, Denver, and Arapahoe County, and across Colorado. This crime is easily charged – the police use this crime when they don't know what to charge. Let's take a look at the two definitions.

The Lawyer's Definition of Disorderly Conduct

“A person commits disorderly conduct if her or she intentionally, knowingly, or recklessly:

(c) Makes unreasonable noise in a public place or near a private residence that he has no right to occupy; or

(d) Fights with another in a public place except in an amateur or professional contest of athletic skill; or

(e) Not being a peace officer, discharges a firearm in a public place except when engaged in lawful target practice or hunting; or

“A person will be charged with Disorderly Conduct if they do any of the following in a public place: Make an unreasonable amount of noise, fight, display or discharge a weapon, or make offensive gestures or displays.”

As you can see, Disorderly Conduct – C.R.S. 18-9-106 is written vaguely. This was done on purpose, because this catch-all crime is charged often in Adams, El Paso, and Douglas County. Let's look at a few possible situations which could result in Disorderly Conduct charges.

Tom has had a stressful day at work in Greenwood Village. He hops on I-25 to head to his home in Parker. The interstate is a nightmare – traffic is horrible and backed up for miles. Tom becomes more and more agitated – he just wants to get home! As he nears his exit, a car zooms up behind him, passes him and then cuts him off to exit before him. Tom loses his temper, flips off the driver, and follows him closely for a few blocks, venting his anger. Unbeknownst to Tom, a police officer saw the whole incident. Tom is now facing Disorderly Conduct charges. 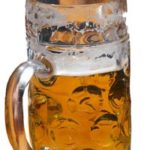 Jenny is out for a drink after a long week at work. The bar she's at is offering a special, so she drinks a bit too much, slightly impairing her judgment. She gets up to leave the bar, and another woman gets in her face and makes a rude comment. The long week and slight intoxication overcome Jenny, and she slaps the woman in the face. The woman slaps her back, and soon they're in an all-out-fight. They fight until the bar owners call law enforcement and the police arrive – Jenny will now be charged with Disorderly Conduct. 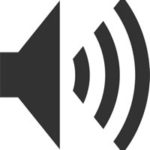 Brian is driving home from a long camping weekend. He's on I-70 when a truck filled with teenagers pulls up beside him. They seem to want to race, but then cut him off. They continue to mess with him, laughing. Brian has had enough – he decides to teach the younger men a lesson. The next time the teenagers swerve up beside him he lays on his horn and begins yelling and screaming at the teens to scare them. The teens in the car immediately back off, but soon the police pull Brian over, and he is charged with Disorderly Conduct.

What is the Sentence for Disorderly Conduct?

The sentence depends on the circumstances of the crime

Disorderly Conduct charges range from a class 2 petty offense up to a class 2 misdemeanor. The class 2 misdemeanor carries a possible sentence of up to 2 years in a jail such as the Adams County Jail. Other possible penalties include probation, fines, community service, or behavior management classes.

Domestic Violence is often added as a sentence-enhancer

Why You Need an Experienced Criminal Defense Attorney

Don't stand alone in court – you need an advocate!

Disorderly Conduct charges arise out of normal situations which got out of hand. Maybe you made too much noise in a public park, or threw a punch in a bar fight; whatever the situation, you need to fight the charges against you. A Disorderly Conduct conviction can be devastating for your future. It can be difficult to pass certain background checks, and in some cases, it can be hard to find a place to live. Don't plead guilty to the charges against you to avoid jail time – contact an attorney who can advocate on your behalf in court.

If you or loved one is facing Disorderly Conduct charges in the Denver area, be smart, exercise your right to remain silent, and contact an experienced criminal defense attorney at the O'Malley Law Office at 303-830-0880 for a free consultation. Together, we can protect your future.Request a Free Consultation