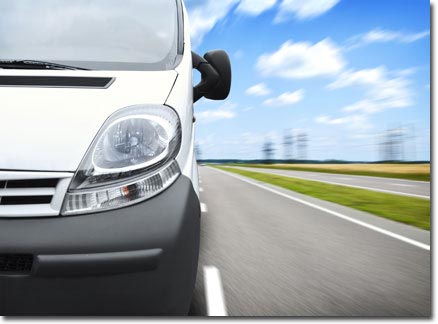 Extradition in criminal cases in Colorado and across the nation is becoming more common. Law enforcement agencies in Adams, Douglas, and Jefferson County and across Colorado are responding to Governor's Warrants and arrest people to extradite them to other states, and other states are arresting people and extraditing them to Colorado for trial. But, what exactly is extradition, and what is the process?

What is Extradition in Colorado?

According to the dictionary, “extradition” is:

To make this simple, let's say someone commits a crime in Denver, but then flees across state borders into Wyoming. The governor in Colorado would send a governor's warrant to the governor in Wyoming, requesting that Wyoming police arrest the fugitive and hold them until we can arrange for their transfer to Colorado. The wanted person is referred to as a “foreign fugitive.” Extradition is costly, so most states only extradite people for serious offenses, such as Murder / Homicide or Sexual Assault.

The Uniform Criminal Extradition Act – C.R.S. 16-19-104, outlines the laws and regulations for states to extradite fugitives. Each state is sovereign, creating its own laws, so the Act allows states to work together to ensure people can't simply cross state lines to escape prosecution. This law is detailed and complete; outlining specific procedures law enforcement agencies in each state must follow in order return fugitives to foreign states, or to request the arrest of fugitives from Colorado.

The Extradition Process and Procedures

In order for a person to be extradited to another state, the state requesting extradition must procure a written document to the government where the fugitive resides. This document is called a “governor's warrant.” The governor must sign off on the written extradition request after ensuring all the proper procedures have been met under the Uniform Criminal Extradition Act. The warrant requesting the fugitive's arrest is listed with the United States National Crime Information Center (NCIC), so all police agencies in Arapahoe, Boulder, or El Paso County, or anywhere in the United States can arrest the fugitive if they encounter that person.

Once the governor has signed the Governor's Warrant, local police in Littleton, Centennial, or Highlands Ranch, or across cities throughout Colorado will arrest the fugitive if he is found in our state, and hold them until the foreign state can arrange to transfer them to face prosecution and trial.

Hearing in front of a CO Judge

After a person has been arrested in Colorado under the foreign state's Governor's Warrant for extradition, they will be allowed to request and appear at a procedural hearing called the Writ of Habeas Corpus. This is essentially a civil court case. This hearing isn't designed to examine the truthfulness of the charges, or whether or not the arrested person is innocent or guilty. Instead, it is designed to ensure that proper procedures are being followed during the extradition process. Work with one of our experienced criminal defense attorneys, who may be able to work with the foreign court to allow you to post bond to avoid a lengthy ride in a prison van to another state.

Early involvement of a criminal lawyer may help you avoid a lengthy trip across state lines in a prison van.

How an Expert Criminal Defense Lawyer Can Help

If you or a loved one has been arrested under an Extradition Warrant and are awaiting return to Colorado for trial, don't hesitate to contact the best criminal defense attorney to defend you in your criminal case. The early involvement of an aggressive criminal defense lawyer will ensure your case goes smoothly. In some cases, we are able to help you post bond so that you can avoid an exhausting trip across state lines in a prison van. This trip can take weeks and involve overnight stays in unkempt jails and prisons across the U.S. Don't stand alone in front of a judge – work with a hard-hitting criminal defense lawyer who will fight hard to get you the best possible outcome in your criminal case.