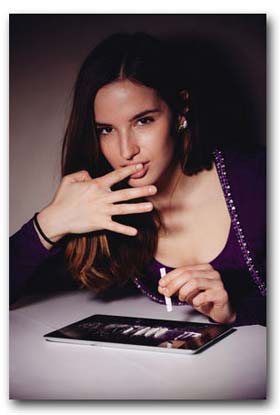 Having cocaine or its by-product, crack cocaine, on your person or in your possession, is a serious crime in the state of Colorado. A small amount of this drug left in your vehicle or car can result in a big conviction.

According to Colorado's drug schedules, both cocaine and crack cocaine are Schedule II Controlled Substances (C. R. S. 18-18-204), which means the drug has some medicinal use, but it is highly addictive and can lead to psychological (hallucinations) or physical dependence. People who use both forms of cocaine always seem to need more to get high. According to the Foundation for a Drug Free World:

Cocaine creates a euphoria which leads to tolerance. Only higher dosages and more frequent use can bring about the same effect.

Thus, the cycle is difficult to break. When police in Adams County make an arrest and bring you to jail, it does not matter whether you are caught with the powder, leaf, or even some type of diluted form, you will still be charged with the same charges for this dangerous substance.

If charged with more than four grams of the substance in Arapahoe County, you will receive a level 4 drug felony which has a possible sentence in the Colorado Department of Corrections from six months to one year. Possession based on manufacturing or distribution of the drug will result in a much greater prison sentence, ranging from 8 – 32 years for a DF1, and 4 – 8 years for a DF2. Classification of a DF1 or a DF2 is determined by the quantity of cocaine involved.

Police, Sheriff Deputies and State Patrol officers in Denver and Jefferson County are serious when it comes to people selling, making or giving crack cocaine away. The officers discover evidence used in crimes of this type by search warrant, seeing the drug in plain sight, or finding it upon an arrest for another crime. Further evidence of the intent for the possession is found with items such as baggies, scales, heating devices, etc. Consequences for this behavior have far reaching effects which will greatly increase the likelihood of prison as DF1 and DF2 manufacturing and distribution charges result. Depending on how much is in your possession, your prison sentence will increase and the possibility of probation decreases.

The results of cocaine use on your body are comprehensive and can lead to death. They include but are not limited to the following:

This addictive drug not only influences your body, but it also affects other areas of your life as well. A felony on your record can make it next to impossible for find a job and housing in Larimer County. Learn more about drug crimes in Colorado, and how you can defend yourself in court.