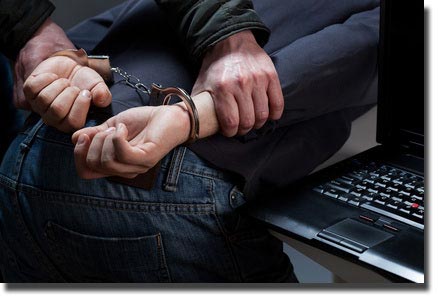 Aperson is charged with Second Degree Assault on a police officer when he or she inflicts even a minor injury on an officer. This type of injury could be either intentional or unintentional.  But, no matter whether you meant to or not, the key factor is that the officer felt pain. People are often charged with Second Degree Assault after allegedly assaulting an officer during an arrest. In many cases, however, the person was only trying to avoid the painful excessive force of the police, so they moved around while the cop in Denver County was twisting their arm or finger. They accidentally bump or elbow the officer. This physical contact, though innocent, could be misconstrued as an assault. If you have been charged with this crime, contact our office immediately. Any crime which has been committed against a police officer is serious; you need a representative in court who can fight on your behalf.

This crime is subject to a mandatory jail sentence – this is why you need a lawyer.

Persons in Douglas County and Arapahoe County are charged with Second Degree Assault when they prevent a police officer from performing a lawful duty, intentionally causing bodily injury to any person. “Bodily injury” is defined as any pain.

Examples of Second Degree Assault on a Police Officer

One of our previous clients was charged with this Second Degree Assault because he allegedly hit an officer in the back during a riot. Our attorneys were able to present a favorable defense for this man, and a Jefferson County District Court jury declared him not guilty.

Attack on a Prison Guard:

Being in prison is already a serious offense, but when an inmate from Arapahoe County intentionally directs some type of foreign object or bodily fluid (whether spit or blood) towards a prison guard, they can be charged with 2nd Degree Assault, even though the guard was not injured.

The government takes Second Degree Assault on a police officer extremely seriously. Because of this, there are harsh consequences:

1.Mandatory Prison Sentence in the Department of Corrections

Don't stand alone when the “victim” is a police officer Contact an attorney to fight on your behalf.

Adams County Second Degree Assault on a Peace Officer: Why You Need a Criminal Lawyer for Charges Involving the Police

The Colorado Judicial System and District Attorneys have no compassion when it comes to assaulting a police officer in Adams County. People view officers / deputies as a source of protection. When that source is threatened in any way, emotions run high. This is why the punishment is so severe. You need a skilled criminal defense attorney who is familiar with these types of cases and who knows the best way to present a strong defense. At O'Malley and Sawyer, we have over 40 years of combined experience handling Assault cases. Judges and DAs work with the police every day, so they operate under a bias. Don't stand alone in the courtroom when the “victim” is a police officer. You need an advocate to promote your side of the story and create a strong defense.

If you or a loved one is facing criminal charges in the Denver area, be smart, exercise your right to remain silent, and contact the top criminal defense lawyers at O’Malley and Sawyer, LLC at 303-830-0880. Together, we can protect your future. Request a Free Consultation