Government statistics can be misleading and are designed to create fear in the mind of the average American.  The U.S. Department of Justice claims that one in 25 young people will receive an offer of some type of sexual advancement online and that 25% of kids will be asked to provide a sexual photo of themselves online.  These statistics fail to identify that the majority of this type of requests come from their peers.  Teens today are living in a new communication era, where dating and pursuit of the opposite sex involves technology.  Don't let your children or yourself be victimized by unreasonably harsh sex offense laws put in place to satisfy the hype created by the media and special interest groups. The internet is the new form of communication among Americans, both for good and bad.  What used to be discussed in private on a land-line phone is now memorialized in writing or digital form. The police are searching for people discussing sexual topics to charge with internet sex crimes.It is the source of a wealth of information to children and teens surfing the web for school, moms looking for recipe ideas, and fathers looking for the next do it yourself project.  Unfortunately, police and law enforcement in Araphaoe, Douglas and Adams County are surfing for you and your kids.  They receive federal grants to catch you or your children doing something wrong, like discussing sexually explicit subjects or your kids exchanging nude photos online or over the phone (sexting is growing more common each year among teenagers). Without results, their funding dries up.  So, we are seeing cases of entrapment as police officers and other law enforcement agencies grow desperate to prove their efforts are worthwhile in Colorado.

The internet has ushered in a new era.

At O'Malley and Sawyer, LLC, we frequently defend people who face charges of the following internet sex crimes: 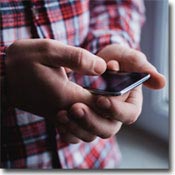 Enticement of a Child 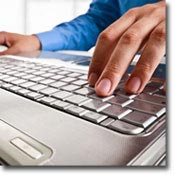 Internet Luring of a Child 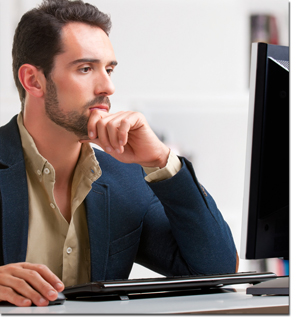 Internet Sexual  Exploitation of a Child 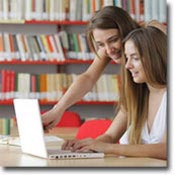 Here are brief explanations of internet sex crimes in Colorado:

Enticement of a Child involves propositioning a child who is under the age of 15, to meet at a certain place with the intent to engage in sexual contact. In order to draw out men, women and teens, officers in Douglas County will enter into conversations on-line, pretending to be a young teen.  They will direct the conversation to explicit sexual matters. And, they'll hint to the person on-line that they would like an invitation to meet.

Internet Luring of a Child / Teenager

A person faces charges of Internet Luring of a Child in Denver County if police can prove 1) that he knowingly discussed explicit sexual conduct with someone he believed to be under 15 years old, and 2) that he also attempted to persuade that child to meet for any reason. Internet Luring charges are often the result of a police sting in which an officer poses as an underage child in an adult chat room or other online websites or social media platforms.

This charge is made when the government or District Attorney believes they can prove that a person encouraged or requested a child under 15 to expose themselves on-line (or by telephone network such as text messaging) or look at the intimate parts / genitalia of another person on-line.  The actor (the person charged with the crime) must be over four years older than the child in order to be charged with this sex offense.

Sexual Exploitation of a Child by Pictures or Video

A person will be charged for sexually exploiting children when the prosecution alleges they encouraged or invited a child to take part in explicit sexual conduct to make or publish nude images or videos, or when a person is possesses any such material that exploits children. When it comes to child pornography charges in Colorado, there are many specific terms which need to be defined and proven to a jury.

Many mandatory reporters such as counselors, pastors, and teachers must report to police if there is someone who confessed to a crime or infraction involving children. Some of these reporters do not understand the law and will contact police unnecessarily.  For example, pastors are not mandatory reporters of child abuse / sexual abuse if told in confidence and this is their only source of this information.

Accused of Sex Crimes in Jefferson or Adams County?

If accused of committing a sexual crime using the internet or engaging in a sexual discussion on-line, do not hesitate. Call our law firm immediately. Your future depends on a swift response from our legal team.  You may need the assistance of a computer forensic examiner or some other expert.  Since attorney – client communications are confidential, we can assess your risk of being prosecuted under Colorado's harsh sex offender laws.

What Happens When You Are Accused of an Internet Sex Crime Charge?

Once notified that you are a possible internet sex offender, the police in Denver County will quickly come to your home with a search warrant. And, they'll take your computer and other data storage devices. They have forensic computer experts who can pull files / pictures off the computer which you have deleted. If you can remain silent, we have many defenses available when your laptop or desktop personal computer is seized under a search warrant.