A Right you Should Always Exercise: Right to Remain Silent in Denver

“You have the right to remain silent. 5th Amendment, United States Constitution Everyone knows the beginning to the famed Miranda Rights warning. But, people don't usually listen all the way to the end:

It's easy to hear something over and over again without really thinking about what is being said. And, what is being said is really quite shocking, when you look closely. In this blog post, we'll dig deeper into the Miranda Rights warning and what you should do when questioned by Denver, Arvada, or Englewood police officers.

Have you been contacted by the police?

Police Don't Beat Around the Bush

The Miranda warning is shockingly honest

The honesty of the Miranda warning is almost shocking. After all, when the police quote this, they are admitting that everything you say will be used against you in court. They're not beating around the bush. Everything you say during their interaction with you will be used against you. They even offer you the best advice you can take when talking with police: Be silent. Not talking to the police is the best way to make sure you're not implicated in a crime. Exercise your right to remain silent!

When is the Miranda Advisement Given?

The Miranda Advisement only needs to be given in two circumstances:

(a)When you are in custody. Commonly, police don't arrest you so the advisement does not need to be given.

(b) When police interrogate or question you. Voluntary statements made by you once you are in custody are not covered by Miranda.

Even innocent people go to jail

The police are watching and listening to you closely. They're waiting for any slip-up, any confession, or anything which could implicate you in a crime. They're taking notes, and they are prepared to testify against you in court. This is true, even if you are innocent. We represent good people who were arrested after speaking with the police. They had nothing to hide, so they gave their statement to the police officer. Next the police misquote what the person said: You don't have to admit to committing a crime to be convicted. Let me give you an example:

You get a phone call from a Denver police officer while you're at work. Here's how the call might go:

Police Officer: Hello, my name is Josh, and I'm a police officer in Denver. I'm calling regarding an incident which occurred last night. I'm just trying to piece a few things together, and I think maybe you're the guy who can help me. Did you meet a woman named Linda at The Tavern party last night?

You:  Maybe – there were a lot of people at the party. 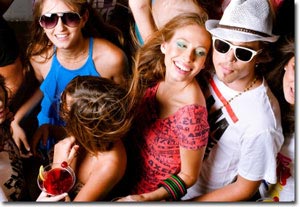 A wrong move at a party, and you could be charged with a crime

Police Officer: Yeah, she was there having a good time. She has blonde hair and brown eyes, about 5'6”?

Police Officer: She remembers you too – she thinks you're cute. Anyway, those parties can get kind of wild, can't they? I'm trying to piece together, the events. I mean, lots of people make out and take things a bit far after drinking too much. Linda is like that – she seems to like hanging out and having a good time. She really welcomes the attention. Anyway, do you remember dancing with her?

You: Yeah, I remember dancing with her.

Police Officer: She's great, isn't she? She was having a great time last night. Do you remember? She let you kiss her, didn't she?

You: Well, it was a great evening. Yeah, I did.

Police Officer: Well, things can escalate pretty quickly in those situations, can't they? She let you grab her chest too, didn't she? That's all a part of a good evening, isn't it?

After this seemingly friendly conversation to “figure out what happened,” the police have everything they need to charge you with Unlawful Sexual Contact. This crime is charged whenever a person knowingly subjects a victim to any sexual contact without their consent. “Sexual contact” includes touching the clothed private areas (such as a breast or butt) of another person. The police use tactics to make it seem like they're on your side. But, they are trained to make people feel comfortable and commit crimes.

The Best Advice: Exercise Your Right to Remain Silent

You'll never win by talking to the police. Take their advice and exercise your right to remain silent. You don't know what accusations the alleged victim is making. You don't know the details of the case. You've been contacted out of the blue by the police regarding an incident. Don't incriminate yourself in a crime. Take the advice of the police:

1.Exercise your Right to Remain Silent

2.Exercise your Right to an Attorney

Don't try to fight criminal charges on your own. Work with a skilled criminal defense attorney who has the expertise in the courtroom and understands the criminal justice system. It is much better to get a lawyer involved early on in your case, before you have talked to the police. Together, we'll get the best possible outcome in your case. We love dismissals and acquittals.

If you or a loved one has been charged with a crime, be smart, exercise your right to remain silent, and contact an experienced criminal defense attorney at the O'Malley Law Office for a free consultation at 303-830-0880. Together, we will protect your future.Request a Free Consultation

Image courtesy of photostock at FreeDigitalPhotos.net