Today's headlines are filled with news about the son of a Denver icon: John Elway's son Jack has been accused of Assault. According to police reports, the alleged victim was Whenever a celebrity is charged with a crime, we need to take a step back.female, and the 24-year-old Jack was arrested after the incident in downtown Denver. The police department isn't issuing any additional information, including the exact level of Assault accusations Jack is facing. Whenever a celebrity, or someone related to a celebrity is charged with a crime in Adams or Jefferson County, or anywhere in Colorado, it is wise for us to take a step back and realize that the stories you read in the news might not necessarily be true. Let's take a look at how easy it is to be accused of Assault, and how celebrities are often targeted because of their status.

Have you been accused of Assault?

A closer look at this serious offense:

Assault charges can be extremely serious. Depending on the circumstances (whether or not a weapon was used, and the seriousness of the alleged victim's injuries), Assault can range anywhere from a misdemeanor to a felony offense in El Paso and Larimer County. A person will be accused of Assault if their behavior results in the injury of another person. Unfortunately, the law doesn't differentiate well between truly violent people, and mistakes made by people during a tense situation. Here are a few common factors in Assault cases:

Whatever the situation, if you have been accused of Assault, you need to contact an experienced criminal defense lawyer immediately to begin work on your defense.

Celebrities are targets in our society:

Whenever I see headlines of celebrities who have been accused of a crime, I shake my head. Often, these accusations are true, but often, these people are targeted simply because they are in 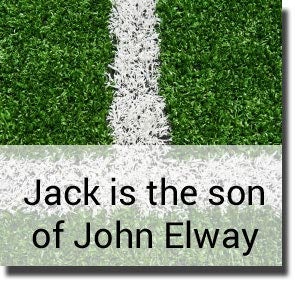 the spotlight. Celebrities who have committed a crime make for an extremely good story on which the media can focus. News about celebrities sells. News about crime sells. Together, they create the perfect combination for higher ratings. Thankfully, the newspapers printed the truth about Jack Elway – he has been accused of a crime, not convicted of a crime. Often, the media fails to make this extremely important distinction, which creates an atmosphere where a person is guilty before they are proven innocent. We need to take news about people charged with crimes with a grain of salt, and allow justice to take its course before coming to conclusions about a person's guilt.

If You Have Been Accused of Assault, Take it Seriously: Your Future is at Stake

An Assault conviction will effect your future:

If you have been charged with Assault in Douglas or Arapahoe County, take the charges seriously. If you plead guilty to a crime in order to avoid jail time, your decision will haunt you for the rest of your life. When you plead guilty to a criminal offense, it is permanently on your record. You will have a difficult time getting a job or finding a place to live. Instead of pleading guilty, work with an experienced Assault lawyer in the Denver area who will fight to get the best possible outcome in your case. We utilize many different resources in our defense:

If you or a loved one has been accused of Assault in Boulder or Park County, be smart, exercise your right to remain silent, and contact an experienced criminal defense attorney at the O'Malley Law Office for a free consultation at 303-830-0880, or submit the “Get Help Now” form. Together, we can protect your future.Request a Free Consultation