Airtight Alibi: Two Months in Jail for Burglary in Denver

It's everyone's worst nightmare – getting arrested for a crime you didn't commit. Unfortunately, it happens much more often than you think in Denver, Arapahoe, and Douglas County. It recently hit the news that a man spent two months in jail for a Burglary and Assault he didn't commit. Let's take a look at how this can happen.

Blindsided by an Arrest in Denver 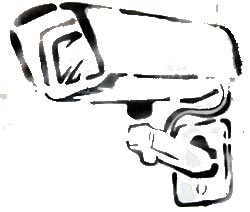 Mike (name changed) was asleep in his home on a beautiful fall evening last September in Denver. He was awakened by a knock on the door, and found an unknown man, who said he'd hit Mike's car in the street and wanted him to come and see the damage. Mike agreed to take a look, and stepped out into the street wearing only his t-shirt and boxers. The second he got to his car a flash grenade went off and people with guns started running towards him. He was arrested, booked in the Denver Jail, and was shocked to hear he was charged with Burglary and Assault on a Police Officer. Two banks had been robbed, and the police thought he was the one responsible. Mike repeatedly told the police they “got the wrong guy,” and that he wanted an attorney.

An Airtight Alibi is Ignored

When Mike met with his public defender, he told her immediately that he had an airtight alibi; he was working at a financial office that included:

Time-stamped surveillance video showing he was at work.

Logs for the time period where he had used his security badge.

Records of the phone calls he made while at work.

All of this evidence proved he was working at the time of the robbery. Mike's lawyer immediately began gathering evidence to prove his innocence.

The case against Mike was weak. Apparently, a maintenance man who worked in the same building as Mike thought he recognized him from the Crime Stoppers photos from the bank robberies. The police showed his photo to Mike's ex-wife and his roommate, and they both agreed it looked like him. Then, the conducted a standard photo lineup and the results went in Mike's favor: both the off-duty officer at the bank and the teller picked other photos from the lineup. Another teller chose Mike's picture, but said she was only “85 percent sure” it was him. Despite the wildly inaccurate photo lineup (a common problem), the DA moved forward with the case.

Law enforcement and the government make mistakes – you need a lawyer to make sure you don't pay the price.

Plead Guilty in Exchange for Probation: A Bad Agreement

A month after he was arrested, the District Attorney in his case offered Mike a plea agreement; plead guilty to one felony and in exchange, Mike would get probation. The District Attorney had completely ignored Mike's airtight alibi. When questioned, the deputy DA said this type of plea bargain was common, and that there was a “90-some percent chance that every judge in Denver is gonna give this guy probation.” This is a typical offer – we have seen many bad plea agreement offers as criminal defense attorneys in Adams, El Paso, and Jefferson County.

Why You Need a Lawyer if You've Been Arrested

After Mike's lawyer presented the records from his employer to the DA, the government finally released Mike. It took a week for his alibi to check out, and then the case got dismissed. The deputy DA in charge of the case says she doesn't believe her office made any mistakes. But Mike knows they made many mistakes. He lost his job as a result of the arrest and time in jail, and even with 20 years of financial services experience, he can't find another job. He is currently living in shelters and says his “whole life has been turned upside down.” Mike's life was changed drastically when he was arrested – he said he is “afraid of the police now,” and warns people that “it could happen to anyone.”

“It could happen to anyone.”

Common sense isn't always present in courtrooms across Colorado, let alone justice. Because of this, you need a smart, aggressive criminal defense lawyer fighting on your behalf to ensure you get the best possible outcome in your case. Many innocent people without lawyers are pressured into accepting a bad plea agreement, and then end up with permanent criminal records. Fight back against false accusations and arrests by hiring an affordable lawyer to aggressively defend your future.

If you or a loved one is innocent and has been arrested for a crime you didn't commit, be smart, exercise your right to remain silent, and contact an experienced criminal defense attorney at the O'Malley Law Office for a free consultation at 303-830-0880. We can also visit your family member in the Denver or Arapahoe County Jail. Together, we can protect your future.Request a Free Consultation