Alec Baldwin Charged with Disorderly Conduct: Learn About this Crime in Denver

It's easy to be charged with Disorderly Conduct in Denver, Adams, and Jefferson County. All it takes is for you to start a fight, make too much noise, or use offense language or gestures in a public place. In the case of actor Alec Baldwin, all it took was for him to lose his temper. Let's take a closer look at this crime and how easily it is to be accused, and why it's important to work with an experienced criminal defense attorney.

What is Disorderly Conduct?

Disorderly Conduct – C.R.S. 18-9-106, is a catch-all crime that police charge whenever they don't know what else to charge. It is charged whenever a person:

As you can see, this vague statute leaves a lot up to the interpretation of alleged victims, the police, and the court system. Let's look at Alec Baldwin's situation to determine how he was charged with Disorderly Conduct.

According to news reports, the police pulled former 30 Rock star Alec Baldwin over for riding his bike against traffic on a New York street. The actor wasn't able to provide identification (ID), and the situation grew heated. Reportedly, Baldwin became angry and began swearing. Because of the language and the lack of identification, the police handcuffed the actor and confiscated his bike. Losing your temper with the police is a sure way to get into trouble and face charges. The police aren't forgiving, and will look for any opportunity to charge you with a crime if you make them upset.

Since the arrest, the actor has spoken out against the police department, and tweeted that they are a “carnival of stupidity that is desperate for revenue and anxious to criminalize behavior once thought benign.”

New York City is a mismanaged carnival of stupidity that is desperate for revenue and anxious to criminalize behavior once thought benign.

As experienced criminal defense attorneys in Arapahoe, El Paso, and Douglas County, we are sad that we can't say much different about the police here in Colorado. Crimes that are harmless for the most part are treated much more seriously than they should be. Alec Baldwin also spoke 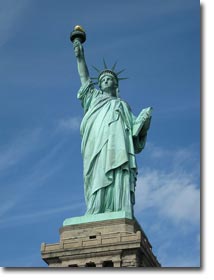 Actor Alec Baldwin was charged with Disorderly Conduct in NYC

out about how the police ignored the harassment of the paparazzi a few minutes after his arrest, which were swarming his family as they tried to enter their home. He makes a good point. The 30 Rock actor isn't known for his good behavior, as he has had several run-ins with the police. But, we shouldn't ignore his realistic opinion about the arrest. The police are often power-hungry, rude, and prideful. I myself have had bad experiences with the police in the Denver area. It is important to understand that the police aren't looking out for your best interest. In every situation you interact with them, you need to be respectful and watch what you say. If you are arrested, everything that happened during the arrest will be recorded (often with a prosecution slant) and used against you in trial.

Charged with Disorderly Conduct? Why You Need a Criminal Defense Attorney

If you have been charged with Disorderly Conduct in Denver, Aurora, or Centennial, don't hesitate to contact an experienced criminal defense attorney. Disorderly Conduct is a petty offense or a misdemeanor, depending on the situation. However, no matter how small the crime, a conviction on your record is damaging. Don't plead guilty to avoid jail time. Contact an experienced criminal defense attorney immediately to fight on your behalf. This is especially true if the “victim” is law enforcement. You desperately need someone in the courtroom to be your advocate.