Animal Cruelty Charges for Death of a Fish? Overcharging in Denver

Recently, a story has been dominating the news here in Denver. A man suspected his wife was cheating on him, so he got drunk and burned the house to the ground. He is facing a slew of charges – one of which is Cruelty to Animals. Many people might find this odd, but when you understand how often people are overcharged, it isn't a shock at all. According to the news, the Animal Cruelty charge was added because a fish – Purple Pete – did not survive the fire. Let's take a look at the long list of charges against this man, and see why the addition of the Animal Cruelty charge is ridiculous for the death of a fish.

Man Burns Down House in a Jealous Rage 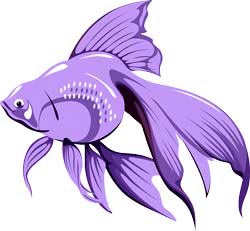 According to the news, the man found out his wife was cheating on him after noticing unusual behavior on Facebook. So, he went to a sporting goods store and purchased a handgun, ammunition, and a bottle of vodka (he had shown suicidal tendencies before). After becoming drunk, the man confronted his wife through a text message, and she didn't deny his accusations that she was cheating. Obviously, the upset her husband, who says the next thing he remembers, is walking with his bike at a park about 3 miles from his house. His hand hurt, but he couldn't remember what had happened. After this, he rode to his mother's house and later called 911 about his injured hand. It was discovered at this point that the man had set fire to his own home, but not before spray painting the words “my wife is a cheater” and the name of the man she was seeing on the exterior. When questioned about his reasoning for burning down his house, he said he didn't know, and that he was “drunk” and “stupid.”

District Attorneys commonly overcharge; contact a lawyer to ensure you get the best possible outcome in your case.

The man is facing multiple charges, including Arson, Criminal Mischief, two counts of Stalking, three counts of Cruelty to Animals, Prohibited Use of Weapons, and five counts of Reckless Endangerment. His day of drunken behavior will likely cost him dearly.

Animal Cruelty Charges for the Death of a Fish?

“Knowingly, [or] recklessly…overdrives, overloads, overworks, torments, deprives of necessary sustenance, unnecessarily or cruelly beats, allows to be housed in a manner that results in chronic or repeated serious physical harm, carries or confines nor upon any vehicles in a cruel or reckless manner, engages in a sexual act with an animal, or otherwise mistreats or neglects any animal, or causes or procures it to be done, or, having the charge or custody of any animal, fails to provide it with proper food, drink, or protection from the weather consistent with the species, breed, and type of animal involved or abandons an animal.”

The statute goes on to say that a person will also be charged if they, with criminal negligence or recklessly torture, needlessly mutilates, or needlessly kills an animal. I do believe that people should be held accountable for torturing, maiming, or abandoning an animal. But, I don't believe a person who killed a fish by burning his house down should be included alongside people who truly seek to harm an animal. The District Attorney is likely adding this ridiculous Animal Cruelty charge simply to bolster the list of charges. This kind of behavior is a perfect example of overcharging a defendant. And, it's the reason I fight so hard for justice in Jefferson and Adams County and courtrooms across Colorado.

Charged with a Ridiculous Crime? Why You Need a Lawyer

If a District Attorney has overcharged you or a loved one, contact an experienced criminal defense attorney at the O'Malley Law Office for a free consultation at 303-830-0880. Together, we can protect your future.Request a Free Consultation