Arrested for Assault after the Broncos Playoff Loss? Call a Lawyer

People's emotions run high when it comes to sports. This is especially true for people living in Denver. Until last week's loss to the Colts, Denverites were hopeful the Broncos would be going to the Super Bowl. But alas, sometimes football teams can't pull through when we want them to. And often, the frustration after a loss can be too much to handle. People often get into fights about their favorite football teams, and when tempers are high, fights result in people being arrested for Assault in Douglas, Arapahoe, and Jefferson County. Let's take a look at Assault, and how easy it is to be charged.

What is Assault, and How is it Charged in Colorado?

2nd Degree Assault: When it is Charged

3rd Degree Assault: When it is Charged

Emotions run high when it comes to sports; don't let a mistake affect your future.

Arrested for Assault: An Example

Believe it or not, bar fights and disagreements are quite common in Adams, El Paso, and Denver County. Recently, I came across a unique story that surprised me. Five people were arrested after a fight in Highlands Ranch last week. Now, Highlands Ranch is a nice part of the Denver metro area – it isn't known for being dangerous. Instead, it is an extremely suburban area. According to the news, five people got into a verbal dispute early in the morning, which led to a confrontation and fight later in the day. An investigating officer said both sides were at fault in the “name calling.” A knife was used during the fight, as well as other “tools.” Also, all the men involved in the altercation were admitted to the hospital. So, the men were likely charged with Second Degree Assault, since bodily injury was caused, by a knife, which is classified as a deadly weapon.

Why You Need a Lawyer for Assault Charges 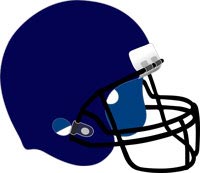 It's not difficult to be charged with Second or Third Degree Assault. In fact, a disagreement about the outcome of a Broncos game, or name calling can get you arrested for Assault. The problem is, both classifications can result in serious consequences. Second Degree Assault is either a class 3 or 4 felony (with the possibility of prison time), and Third Degree Assault is a class 1 misdemeanor extraordinary risk crime (with the possibility of jail time). Either way, an Assault conviction won't look good on your criminal record. It can be difficult to get a job or find housing with a criminal record for this crime, particularly if it is a Domestic Violence Assault. Don't plead guilty to avoid jail time – instead, contact an aggressive criminal defense lawyer at the O'Malley Law Office who will fight to get you the best possible outcome in your case, whether by a jury trial, acquittal, or plea bargain.

If you or a loved one has been arrested for Assault, be smart, exercise your right to remain silent, and contact an experienced criminal defense attorney at the O'Malley Law Office for a free consultation at 303-830-0880. Together, we can protect your future.Request a Free Consultation