Caught by a Hair: Man’s Whisker Leads to Burglary Arrest

Irecently read a story that piqued my interest: A man was arrested for Burglary on the evidence of a hair; one whisker, to be exact. Law enforcement practices in Denver, Adams, and Douglas County are growing more and more sophisticated. It's important for you and your lawyer to understand these practices in order to plan the best defense possible in your case.

According to the news report, a woman called the police after a man with a knife (and a large beard) broke into her home and confronted her. The bearded fellow tried to escape, but not before the woman grabbed his beard and pulled a few hairs. The man ran away, but the police sent the whiskers into the lab for DNA testing. Police tracked the man down, and charged him with First Degree Burglary.

One whisker and DNA testing led to one man's arrest for Burglary.

Now, the general public has a typical reaction to this kind of a story: “How good! A criminal was caught due to DNA testing!” Unfortunately, the law is a bit more complicated. In El Paso, Arapahoe, and Jefferson County, and across Colorado, anyone arrested for or charged with a felony must provide a sample of their DNA to law enforcement. Notice the word “charged” and “arrested,” versus “convicted.” Let's take a look at the statute for clarification – C.R.S. 16-23-103:

This means that any person who is arrested during an investigation of a felony offense must provide their DNA to the police upon booking. Now, ask yourself this question: is it possible that a person can be innocent and still be arrested?

False Accusations are Common: Innocent People's Rights are Being Violated 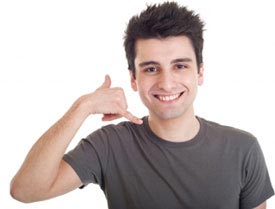 Innocent people are arrested for crimes all the time. This is especially true when the police respond to Domestic Violence calls. This is because the police are required to arrest someone when Domestic Violence is involved. Requiring people who are arrested for felonies to submit DNA is a violation of privacy. Before you disagree, ask yourself: Isn't our criminal justice system based on the precept of a person being “innocent until proven guilty?” When someone is arrested, the criminal justice system is supposed to treat them as if they are innocent. Forcing them to provide a DNA sample to be submitted to a national DNA database is not treating them as innocent. If you have been arrested for a crime, the police and prosecutors won't treat you as if you are innocent. This is why you need a passionate criminal defense lawyer fighting on your behalf in the courtroom. You need someone on your side gathering evidence, instructing the jury about the burden of proof, and shedding light on the lack of evidence presented by the District Attorney. Here at the O'Malley Law Office, we fight to win.