It is an obvious truth that people don't think straight when they are intoxicated. In one mother's situation, her alcohol intoxication not only caused her thinking to be impaired, but it also led to an arrest. According to the news, the mother was accused of trying to force her 13-year-old and 9-year-old daughters to blow into an ignition interlock device because she was too intoxicated / drunk to blow into the device herself in order to start her car. According to the arrest reports, the woman smelled of alcohol and told police she had one alcoholic beverage. Among other charges, in Denver, Baca County and everywhere else in Colorado, the woman could be charged with Child Abuse and violating the requirements of an ignition interlock device.

In Douglas County, Adams County and every other county of Colorado, one way Child Abuse, C.R.S. 18-6-401, can be charged is if a person:

“Causes an injury to a child's life or health, or permits a child to be unreasonably placed in a situation that poses a threat of injury to the child's life or health, or engages in a continued pattern of conduct that results in malnourishment, lack of proper medical care, cruel punishment, mistreatment, or an accumulation of injuries that ultimately results in the death of a child or serious bodily injury to a child.”

If the woman's daughters were in the car with her when she was trying to get them to blow into the ignition interlock device so she could drive her car while drunk, she could be charged with Child Abuse. She could be charged with this offense for allowing her children to be in a situation that posed a threat of injury to their lives or health. Child Abuse can be charged as a misdemeanor or felony, depending on if the child abuse resulted in death or injury, or whether a person acted knowingly or recklessly, or with criminal negligence when committing Child Abuse.

Protect your future by consulting

an experienced criminal defense lawyer on your case. 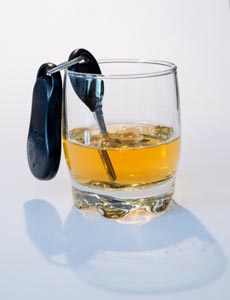 Charged with Child Abuse in Colorado? Contact an Attorney

If you've been charged with Child Abuse or for violating the requirements of an ignition interlock device in Colorado, act quickly and contact an experienced criminal defense lawyer at the O'Malley Law Office today. Not only could you face jail or prison time upon a conviction of either of these violations, but your driving privileges could be revoked and you could lose custody of your children. Don't risk putting your future on the line – call the criminal defense attorneys at the O'Malley Law Office today to set up a free initial consultation.

If you or a loved one is facing criminal charges in Colorado, be smart, exercise your right to remain silent, and contact the best criminal defense attorneys at the O'Malley Law Office at 303-830-0880. Together, we can protect your future.Request a Free Consultation