Imagine facing felony criminal charges for committing a prank. For one man, that thought is a reality. Last week it was all over the news: a self-proclaimed comedian brandished a banana at a police officer in Grand County. Now, he is facing felony menacing charges.

What are Felony Menacing Charges?

Menacing – C.R.S. 18-3-206, is charged whenever a person places another person in fear of imminent serious bodily injury as a result of their actions (read a simple definition of Menacing here). Menacing is normally a misdemeanor offense in Denver, Adams, and El Paso County. However, when a “deadly weapon” is involved in the incident, the charges are raised to a felony. The law is extremely vague in two ways when it comes to the definition of a deadly weapon.

This so-called weapon doesn't have to be a typical knife, or even a gun. Instead, it is anything which can be used as a weapon to cause injury, such as a broken bottle, a lead pipe, or even someone's fist or foot.

The law also states that if the alleged victim believed they were being threatened with a deadly weapon, it meets the requirements for a felony charge. No weapon has to be present, only the belief of one.

Now, you might be a bit dubious that a person can face felony Menacing charges even if they didn't use a deadly weapon during an incident. But, people are charged under this vague law quite often in Jefferson, Arapahoe, and Douglas County. 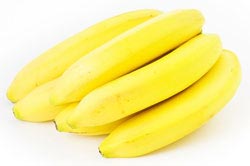 According to the news, a comedian decided to pull off a prank for YouTube: he would approach a police car and brandish a banana in their direction. He thought it would be a “funny joke” that would lighten the holiday spirit.” The Grand Junction man decided to do a trial run before filming, so he found a police officer sitting in his car, walked towards him, and reached into his jacket as if he was pulling out a gun – only instead of a gun, he brandished a banana. Unfortunately for the comedian, the police officer wasn't amused. In fact, he didn't know whether or not the “weapon” was a gun or not. So, he took off and called for backup. Another police officer showed up, and they were about to draw their guns on the comedian when he had the foresight to yell that his weapon of choice was a banana. But, even though the comedian didn't use a real gun for his prank, he was still arrested and is now facing felony Menacing charges.

The law is complex – work with a lawyer to protect your future.

Why You Need a Lawyer for Menacing Charges

The law specifically says that no actual weapon must be present in order to be charged – all that is needed is for the alleged victim to believe they are in danger and believe they are being threatened with a deadly weapon. This law comes down to subtle definitions, which is why you need the expertise of a skilled criminal defense lawyer. The early involvement of an attorney in your case could mean the difference between a possible prison sentence or getting your case dismissed. Don't put your future in the hands of an inexperienced public defender. Work with an accomplished lawyer who will get you the best possible outcome in your case.

If you or a loved one is facing felony Menacing charges, be smart, exercise your right to remain silent, and contact an experienced criminal defense attorney at the O'Malley Law Office at 303-830-0880 for a free consultation. Together, we can protect your future.Request a Free Consultation