Denver 4/20 Drive High Campaign: Did You Get Caught?

Last week, the Colorado State Patrol announced they would step up enforcement for the 4/20 weekend for people who are using marijuana and then getting into their cars. Let's take a look at how you could be charged and what you should do if you were arrested this past weekend.

Driving High? You'll be Charged with a DUI in Colorado

While marijuana became legal in Denver, Arapahoe, and Jefferson County and across the state of Colorado, it is still illegal to drive after using it – in any form. According to the Colorado Department of Transportation, it is dangerous to drive while high because it affects:

Does that sound familiar? The effects of marijuana are similar to those of alcohol – so much so, that you'll actually be charged with Driving Under the Influence if you are high when you operate your vehicle in Colorado.

If you were arrested over the weekend, contact an expert DUI lawyer immediately.

What's the Legal Limit in Colorado? 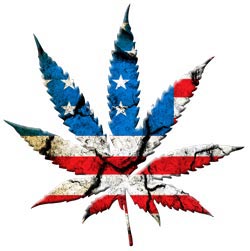 Just like alcohol, there is a level of impairment the police will be looking for when they pull someone over for driving while high in Adams, Boulder, or Douglas County. According to CDOT, there is an “established impairment level in Colorado of five nanograms of active tetrahydrocannabinol (THC) – the active psychoactive component of marijuana – per millileter of whole blood. Police officers across the state of Colorado are trained to detect people who are driving after smoking, inhaling, or eating marijuana or edibles. This training is called Advanced Roadside Impaired Driving Enforcement. Additionally, there are trained Drug Recognition Experts on staff who are able to detect many different levels of impairment. If a police officer believes he has probable cause to arrest you for driving under the influence (DUID), they will arrest you and you will be taken to the police station for a blood test. Refusal of this test will result in the revocation of your driver's license, and a requirement to take alcohol education and therapy classes as well as having an ignition interlock device installed in your car (to view more FAQ's about marijuana and driving, visit CDOT's information page).

Video from ‘Drive High, Get a DUI' Campaign

If you were arrested over 4/20 weekend during Colorado State Patrol's #ZeroZero campaign (zero fatalities and zero tolerance), don't hesitate to contact one of the expert criminal defense attorneys at the O'Malley Law Office. Our defense lawyers fight hard for people who have been charged with DUI or DWAI for drugged driving as a result of marijuana or alcohol. Illegal arrests during these campaigns are common – don't simply accept the charges against you. Fight to protect your future by contacting a hardworking defense lawyer who will fight on your behalf.

If you or a loved one was arrested over 4/20 weekend for drugged driving, contact one of the best criminal defense attorneys at the O'Malley Law Office for a free consultation at 303-830-0880. Together, we can protect your future.Request a Free Consultation