Eating a Cheeseburger While Driving: A Traffic Offense in Colorado?

Sometimes, the police write a traffic ticket or summons to people for normal, accepted behavior. For example, in another state, a man was pulled over by the police and received a traffic citation – for eating a cheeseburger while driving. While this is a bit of an extreme example, it illustrates just how easy it is to be charged with Careless Driving, Reckless Driving, and other traffic offenses in Denver, Arapahoe, and Jefferson County, and across Colorado.

Charged with a traffic offense?

Food On the Go: A Traffic Offense in Colorado?

According to the news, a man was ticketed for distracted driving after police found he was eating a cheeseburger while driving. The laws in the state forbid texting and driving, but people didn't know the law covered other distractions – like eating. The laws in Adams, Douglas, and El Paso County don't forbid eating and driving, but it doesn't mean you couldn't face charges under the right circumstances. Let's take a look at a few possible charges.

Careless Driving – C.R.S. 42-4-1402, is charged whenever a person drives in a careless or “imprudent manner.” Obviously, this is extremely vague; eating while driving could be considered Careless Driving, especially if someone was injured because of a crash.

Reckless Driving – C.R.S. 42-4-1401, is charged whenever a person drives in a way which indicates they have a willful disregard for the safety of people or property. It would be a stretch for a police officer to charge someone with this crime for simply eating, but DAs often overcharge people in order to intimidate them into pleading guilty to a lesser crime.

It is illegal to text and drive in the state of Colorado. This law can be found under C.R.S. 42-4-239. While it isn't included in the law itself, the police and legislators consider texting and driving to be “distracted driving.” Also included in this vague definition is: eating and drinking, shaving or applying makeup, reading a map, adjusting the radio or other devices, talking to other passengers or interacting with pets or children. None of these actions are included in the law, but are listed on the CDOT website under “distracted driving.”

The law can be extremely vague when it comes to traffic offenses, which is why it's wise to work with a lawyer if you've been charged.

Why You Need a Lawyer for Traffic Offenses 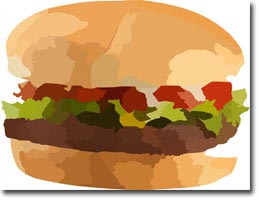 The law can be extremely vague when it comes to traffic offenses. State laws are enforced by police officers who can overreact and overcharge you with a crime – like citing you for eating a cheeseburger while driving. Don't accept the charges against you and plead guilty because you're being intimidated by the District Attorney or a city attorney. Instead, fight the traffic citation you've received, and work to get a better deal so you can keep your record clear and keep your driver's license. The traffic and criminal defense lawyers at the O'Malley Law Office fight hard to protect the rights of our clients. We will help you get the best outcome possible.

If you or a loved one has received a traffic citation in Colorado, be smart, exercise your right to remain silent, and contact an experienced criminal defense attorney at the O'Malley Law Office for a free consultation at 303-830-0880. Together, we can protect your future.Request a Free Consultation