Grandmother Arrested for Animal Cruelty after Making Coats Out of Cats

Sometimes, you read stories that are shocking. I came across an article in the news today that I found particularly alarming. It's an extreme example of how a person can be charged with Cruelty to Animals in Denver, Adams, and El Paso County, and across Colorado. Apparently, a grandmother has been arrested after the police discovered she was making fur coats. Now, making fur coats isn't illegal, but it is when the fur comes from pet cats. 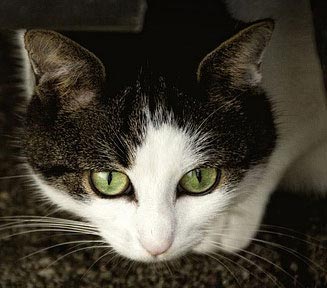 According to the news, people noticed that their pets were going missing in a neighborhood. No one knew what had happened to their cats, but suspicion was aroused when someone noticed the unusual fur coats an 85-year-old woman living in the area was wearing. Some people noticed their cat's fur when looking at her fur coats, but the grandmother vehemently denied she had any involvement. But, the cat owners wouldn't give up; they personally hired a private detective to follow the older woman. The detective caught the woman catching cats, and she was arrested by the police. It was soon discovered that the retired fashion designer had been luring cats into her home using food, killing them, and then skinning them for their fur. And, she was doing this on a large scale: It is estimated it took 30 cats to make one coat, and she had over 20 coats in her possession. The situation became even more revolting when it was discovered she was using the meat of the cats to lure other cats to her home. When questioned, the old lady said she captured cats instead of raising them, because she “got to attached” to the critters she raised.

Obviously, this is an unusual, exaggerated example of animal cruelty. Most people in Arapahoe, Douglas, and Jefferson County don't have a penchant for wearing coats made from their neighbors' pet cats. It's no surprise that this woman was arrested for Cruelty to Animals. In reality, it is much easier to be charged with animal cruelty – especially in Colorado, where people view their pets like family.

Cruelty to Animals is charged in Colorado whenever a person mistreats an animal through reckless behavior, negligence, or knowingly. People are often charged after leaving their pet outside in the cold, leaving pets in the car on a hot day, forgetting to refill a water or food dish, or simply not caring for their pet as well as an Animal Control officer in Boulder, Pitkin, or Weld County wants them to. It is also charged when an animal is killed through criminal negligence or reckless behavior.

Aggravated Cruelty to Animals is charged whenever a person knowingly tortures or needlessly kills an animal. The problem with this crime is that in Colorado, the definition of “needlessly” can be vague. The acceptance of killing of animals, whether it is shooting a varmint or rodent in your yard, or hunting, is determined by culture. In the south, it is much more acceptable for a person to kill a fox or coyote that is getting into the trash than it is here, in Colorado.

You can be charged with Animal Cruelty for leaving your dog in a hot car.

Why You Need a Lawyer for Animal Cruelty Charges

If you've been contacted by the police, or received a summons or complaint for Cruelty to Animals, don't hesitate to contact a hard-working criminal defense lawyer immediately. People in Boulder, Littleton, and Highlands Ranch, and across the Denver metro area are opinionated when it comes to treatment of pets.  People overreact and call the police when they see a dog waiting in the car, or tied up outside. Just because they believe you should treat an animal one way doesn't mean you should face criminal charges. Contact a knowledgeable criminal lawyer to begin working on your case.

If you or a loved one has been charged with Animal Cruelty, be smart, exercise your right to remain silent, and contact an experienced criminal defense attorney at the O'Malley Law Office for a free consultation at 303-830-0880. Together, we can protect your future.Request a Free Consultation