Held Hostage Over an eBay Account? Multiple Charges in Denver

Our culture is obsessed with stuff – it overwhelms our homes and lives. Sometimes, the pursuit of belongings can cause people to commit crimes in Denver, Arapahoe, and Jefferson County. Crimes such as Theft, Robbery, and Burglary are often committed in an attempt to get more things. But, occasionally, the pursuit of belongings leads to more unusual charges. Recently, I read an article about a young man who wanted to make purchases on eBay so badly that he threatened and held his own mother hostage for the login information. If this had happened in Colorado, he would likely face Kidnapping, Menacing, and Robbery charges. 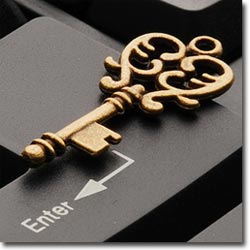 According to the article, the young man wanted to buy a costume mask and basketball cards on eBay. The cost of the items came to a total of $4,000. The young man's mother refused to pay for the items, because she didn't have the money. The man then became belligerent before he grabbed a machete and threatened her with it (also slicing up bed sheets to show he was serious) before taking all her cash. Then, he held her hostage in her own bedroom and forced her to sign into her eBay account so he could purchase the items he wanted. Thankfully, the woman was able to break out of her room and managed to escape to her car. Later, she drove her son the police department, where he was charged with multiple crimes, including Kidnapping, Robbery, and Assault.

In Adams, Douglas, and El Paso County, the young man would be facing serious consequences for holding his mother hostage. Let's take a look at them so we can better understand them:

1st Degree Kidnapping is charged whenever a person forcibly carries someone from one place to another, entices him or her to go to another place, or imprisons them with the intent to force them to give up something of value. This definition perfectly fits what the young man did to his mother when he forcibly held her in her room in an attempt to get her to hand over her login information (forcing her to concede something of value).

A person will be charged with Aggravated Robbery if they take anything of value from someone while armed with a deadly weapon and uses the weapon to intimidate the person they are robbing, so that they are put in reasonable fear of death or bodily injury. Because the young man robbed his mother of something valuable (her eBay login information and money), using a deadly weapon, he would be charged with Robbery.

A person will be charged with Menacing if they use threats which place another person in fear of serious bodily injury. It is aggravated when a deadly weapon is used in conjunction with the threats. The young man was charged with Assault, but in Colorado, he would likely be charged with Menacing for threatening his mother with a machete, which is considered a deadly weapon. His mother was likely placed in fear of serious injury as a result.

Charges can pile up quickly, which is why the early involvement of an attorney is crucial.

Why You Need a Lawyer if You've Been Charged

If you have been charged with multiple crimes in Pitkin, Gilpin, or Grand County, you need to contact a seasoned criminal defense lawyer immediately. We all make mistakes – we all get caught up in the pursuit of more stuff, of the things we believe will make us happy. The young man lost his head and made extremely bad decisions in his quest for the eBay login info and money so he could obtain the items he wanted. If you made bad decisions and have been arrested, don't let your moment of weakness control or determine your future. Instead, contact an aggressive criminal defense attorney at the O'Malley Law Office to fight on your behalf in court and protect your future.

If you or a loved one has been charged with multiple crimes, be smart, exercise your right to remain silent, and contact an experienced criminal defense attorney at the O'Malley Law Office for a free consultation at 303-830-0880. We can also visit your family member in the Denver or Arapahoe County Jail. Together, we can protect your future.Request a Free Consultation