Innocent Men Freed after 39 Years in Prison: Justice in Colorado

Imagine you've been accused of a crime you didn't commit: a horrible murder in the streets. Now, imagine your accuser is a 12-year-old boy with bad eyesight you have never met. You are charged with Murder, convicted by a jury, and sentenced to death. Believe it or not, this story is true. And, it perfectly illustrates how the criminal justice system isn't always as just as people believe. As skilled criminal lawyers in Denver, Arapahoe, and El Paso County, we have seen time after time that justice isn't always served. This is why you need the expertise of a well-known criminal lawyer if you have been charged with a crime.

Falsely accused of a crime? 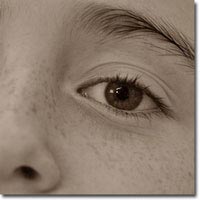 Last week, all charges were dropped against a man who was once on death row. According to reports, he is the longest-held prisoner in the U.S. to be exonerated. The man was convicted of Murder in 1975, when a money-order collector was shot outside a grocery store. There was no evidence linking this man to the crime, but an eyewitness convinced the jury. The eye-witness was a 12-year-old boy who claimed to have seen the shooting.  The man was a 20-year-old ex-Marine was hanging out with two friends – they played pick-up basketball before heading home to play a game of chess. Imagine their surprise when, a week later, the three were arrested for Murder. They were tried, found guilty, and sentenced to death. Before their sentence could be carried out, however, the death sentence struck down in their state. So, they sat in prison for 39 years until a newspaper article laid out the evidence in their favor. Their case was reopened, and the eyewitness, now a grown man, recanted his story.

It turns out, the young boy made up the whole story about seeing the shooting. Instead of being at the scene of the crime, he was instead sitting in a school bus. He heard the gun shots, but that was all he saw. He told a story to the police, and then was pressured and fed information. As a result, innocent men went to prison.

Police are Part of the Problem

The eyewitness signed an affidavit stating his testimony was false. When questioned about the reasons for giving a false testimony, the man said he was threatened by the police to identify one of the men as the murderer. He also said he was fed information about the scene of the crime. He says the detective said “I was too young to go to jail,” and threatened to charge his parents with perjury if he changed his story or backed out. His mother was sick at the time, and he was scared they would go to jail.

Why You Need a Lawyer if You are Facing Charges

If you've been charged with a crime in Adams, Douglas, or Jefferson County, you need the expertise of an outstanding criminal defense attorney in your case. This is because the entire criminal justice system tends to operate under the belief The criminal justice system isn't always on your side – which is why you need a lawyer fighting for you in the courtroom.that a person is guilty if they have been arrested. This directly opposes how courts should operate – that a defendant is innocent until proven guilty, beyond a reasonable doubt. But, District Attorneys, judges, and juries tend to show favoritism to the alleged victim, or to pressure from the public. This is why you need to work with a hard-hitting criminal defense lawyer if you've been charged with a crime. Don't stand alone in front of a judge or jury and try to make your case on your own. A knowledgeable criminal lawyer will be your advocate and fight to protect your future. Here at the O'Malley Law Office, we fight to win.