One Punch Can Escalate into Serious Criminal Charges in Denver

Sometimes, fights can get out of hand quickly. A few choice words of frustration can lead to a physical fight, which can result in serious Assault charges, even if you are acting in self defense. This happened just last week, when a teenager and a man got into an argument in El Paso County. Let's take a look at just how quickly criminal charges can escalate. 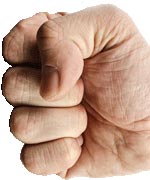 According to the news, a man was hospitalized after he got into an altercation with a young man at a Colorado Springs park. Allegedly, a man and a 15-year-old boy got into a fight, when the teen punched the 56-year-old man once. The man fell, and hit his head on the cement. Unfortunately, one punch is all it took – the man is now in the hospital in critical condition.

“…with intent to cause bodily injury to another person, he or she causes such injury to any person by means of a deadly weapon…” or;

“…recklessly causes serious bodily injury to another person by means of a deadly weapon.”

When it comes to assault charges, it can be difficult to understand just why a person was charged with a particular degree of assault. In situations like these, it is helpful to look at the definition of “bodily injury” and “serious bodily injury.”

“…physical pain, illness, or any impairment of physical or mental condition.”

‘Serious Bodily Injury' is defined in the same statute, and means:

“…bodily injury which, either at the time of the actual injury or at a later time, involves a substantial risk of death, a substantial risk of serious permanent disfigurement, a substantial risk of protracted loss or impairment of the function of any part or organ of the body, or breaks, fractures, or burns of the second or third degree.” The definitions in the 2nd Degree Assault statute are vague – you need an expert lawyer to protect your rights.

How Can a Fist be a Deadly Weapon?

As you can see, the definitions related to assault charges are extremely vague in Denver, Arapahoe, and Boulder County. It's up to the translation of the District Attorney to decide what classification of assault a person is charged with in Colorado. This is why you need the expertise of a knowledgeable criminal defense attorney. Don't' simply accept the charges you are facing – instead, contact anWe have 40 years of combined experience to put to work on your case. expert defense lawyer who can look at the discovery in your case in order to determine whether or not the District Attorney is overcharging you. We work hard to highlight the prosecution's common lack of evidence in assault cases, and bring our own key evidence into the courtroom to prove your innocence. The criminal defense attorneys at the O'Malley Law Office have 40 years of combined courtroom experience, and we will put it to work for you – we fight to win.

If you or a loved one is facing assault charges, be smart, exercise your right to remain silent, and contact an experienced criminal defense attorney at the O'Malley Law Office for a free consultation at 303-830-0880. Together, we can protect your future.Request a Free Consultation