when it comes to common sense, many police officers and sheriff's deputies in Denver, Jefferson, and Douglas County are lacking. As a criminal defense attorney in this area for many years, I have witnessed this first-hand. Now, this isn't to say that all police officers are unjust. I'm simply asking that we all stop pretending that police officers aren't human – that they are above making bad decisions. For example, let's look at a recent case where common sense flew out the window. The police used road spikes and drawn guns, and ticketed a man for speeding and ignoring an emergency vehicle. He was rushing to the hospital with his wife, who was in labor.

It's an age-old story; a man and his wife speeding to the hospital, ignoring everything but the road in front of them and the hospital on the horizon. Recently, an out-of-state couple was rushing to the hospital. The woman was far along into her labor, and they didn't know if they would make it to the hospital in time. They were going 30mph over the speed limit when they noticed the lights in their mirror – they had caught the attention of the police. The woman ordered her husband to keep driving as she called 911 to tell them the emergency. Somewhere along the way, there was a miscommunication, because the police didn't stop chasing them. They didn't escort them to the hospital. Instead, they stopped the car using road spikes, drew their guns, and ordered them to the ground. They were held at gunpoint until the couple was able to explain the emergency. To add further insult to injury, the man also received a harsh citation for speeding and failure to yield to an emergency vehicle. 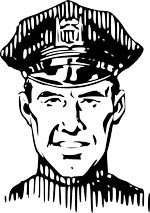 Police officers make mistakes, just like the rest of us. Unfortunately, unlike mistakes at our job, when police officers use bad judgment, people are unjustly charged with crimes in Arapahoe, El Paso, and Adams County.  And, there is little recourse. We have seen countless times that police can be needlessly violent for small offenses (like jaywalking) and make mistakes on a summons or complaint. We shouldn't be surprised. Police officers are human, after all.

Why You Need a Lawyer

If You've Been Unjustly Charged

If you have been unjustly charged by felony complaint, received a ticket or a summons for something you didn't do, or committed a crime but believe you are being overly charged, you need to contact a knowledgeable An experienced attorney will provide guidance and counsel in the courtroom.criminal defense lawyer immediately. The police in Aurora and Centennial often misjudge situations or engage in behavior which goes against common sense. Unfortunately, courts and juries are more likely to believe the word of a police officer over what you say. This is why you need the guidance of a skilled attorney who can fight for your future by being your advocate in the courtroom. The man who was ticketed for speeding needs to fight it, because his commercial license is at stake. There are many implications consequences of a criminal conviction you may not foresee. If you've been charged with a crime, contact a lawyer to discuss your situation and how we can help you get the best outcome possible in your case.

If you or a loved one has been charged with a traffic or serious felony crime, be smart, exercise your right to remain silent, and contact an experienced criminal defense attorney at the O'Malley Law Office for a free consultation at 303-830-0880. If you or a friend needs a jail visit from an attorney, we can do that. Together, we will protect your future.Request a Free Consultation