The everyday lives of people in Denver, Adams, and Jefferson County havebecome more and more frantic. Families rush from one activity to another with mere moments in between. In In 70% of households, both parents work, with many gone from the home for more than 40 hours per week. This has an effect on our state of mind.1960, only 20% of mothers worked outside the home. Today, 70% of children live in households where both parents work. And, in the United States, almost 86% of men and 66% of women work more than 40 hours per week. This doesn't leave much room for error when it comes to activities and schedules. Something has to give. Often, parents have a difficult time keeping their tempers in stressful situations. In a recent case, three people were charged with Child Abuse after attacking a bus driver. Apparently, they were “in a rush,” so they boarded the bus, attacked the driver, and pulled the emergency brake. They have also been charged with Trespassing (for unlawfully entering a vehicle) and Assault. The trespass charges may make sense – but where do the Child Abuse charges come from? Let's take a look at the Colorado statute in order to better understand.

Why Were the Parents Charged with Child Abuse? 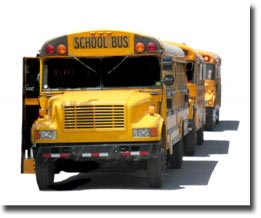 The people were charged because children were present during the assault.

The three adults were charged with Child Abuse. This may seem like an error – after all, no children were harmed during the altercation. The parents were upset because the bus driver wasn't letting the children off the bus fast enough; their frustration and anger was directed at the driver – not the children. It is important to understand that Misdemeanor Child Abuse – C.R.S. 18-6-401 is often charged whenever children are present during an assault or fight. We have seen people charged with Child Abuse after a fight – even when the children were asleep in another room.

Why You Need a Criminal Lawyer for Child Abuse Charges

If you have been charged with Child Abuse in Arapahoe, Park, or Douglas County, you need to contact an experienced criminal defense attorney immediately. This is because whenever children are involved in a criminal case, there is the possibility your children could be taken away from you. Or, you may be prevented from having contact with your own kids. Also, even a misdemeanor conviction can be devastating forDon't talk to the police – exercise your right to remain silent and contact an attorney immediately. your future. It can be difficult to get a job or find housing with a criminal record. Don't plead guilty to avoid jail time – you need to fight the charges against you to protect your future. If you have been contacted by Denver, Centennial, or Aurora police regarding Child Abuse accusations, don't speak with the officer or sheriff's deputy. Exercise your right to remain silent, and contact a criminal defense lawyer to fight on your behalf.

If you or a loved one has been charged with Child Abuse, be smart, exercise your right to remain silent, and contact an experienced criminal defense attorney at the O'Malley Law Office for a free consultation at 303-830-0880. Together, we can protect your future.Request a Free Consultation