In this week's installment of Simplified Law, we're going to take a look at False Imprisonment charges in Adams, Denver, and Douglas County. Let's dive right in:

The Lawyer's Definition of False Imprisonment

The Simplified Definition of False Imprisonment

“False imprisonment is charged whenever a person intentionally restricts another person's movement without their consent.”

Examples of False Imprisonment in Colorado 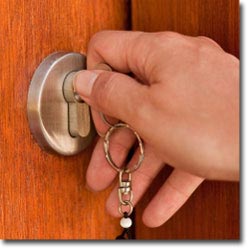 Basically, if you block your girlfriend's path, or playfully put a buddy in a headlock to keep him from leaving your house, you could face felony False Imprisonment charges. The term “imprison” sounds ruthless. But in reality, simply blocking someone's exit is considered to be False Imprisonment.

What is the Sentence for False Imprisonment Charges?

False Imprisonment – C.R.S. 18-3-303, is usually a class 2 misdemeanor in Jefferson, Arapahoe, and Boulder County. But, if a threat of force, or actual force is used, it is considered to be the much more serious class 5 felony.

It is important to note that False Imprisonment is often charged alongside Domestic Violence. I have worked with clients who blocked the door so their girlfriend couldn't get out of the house during an argument. Because the woman's movement was restricted, her boyfriend was charged with False Imprisonment. And, because the alleged crime took place between two people in an intimate relationship, the sentence enhancer of Domestic Violence was added.

If you have been accused of False Imprisonment, don't plead guilty in order to avoid jail time. This may seem like the easiest way out, but in the long run, you'll regret your Domestic Violence will be added if the crime involves two people in an intimate relationship.decision. When you plead guilty to a crime in Colorado, you won't be able to seal it for the rest of your life. And, if the Domestic Violence label was attached, you'll have to go through Domestic Violence treatment overseen by the Domestic Violence Offender Management Board (DVOMB). You'll be required to pay for the expensive treatment, and you will be restricted in your movements and life because a Protection / Restraining Order is issued in cases involving Domestic Violence. The two most important things you can do if you are facing False Imprisonment charges is to:

1.Remain silent if you are contacted by the police

2.Contact an experienced criminal lawyer immediately to fight for your future

If you or a loved one has been accused of False Imprisonment in Denver, Aurora, or Englewood, be smart, exercise your right to remain silent, and contact an experienced criminal defense attorney at the O'Malley Law Office for a free initial consultation at 303-830-0880 for a free consultation. Together, we can protect your future.Request a Free Consultation