If you are facing First Degree Arson charges, you are likely overwhelmed by the information you hear. Criminal law is complex – it can be difficult to break through the legal jargon and get a good grasp on the charges you are facing in Denver, Arapahoe, or Jefferson County. In today's simplified law blog, we'll take a look at a simple definition of this offense.

“(1) A person who knowingly sets fire to, burns, causes to be burned, or by the use of any explosive damages or destroys, or causes to be damaged or destroyed, any building or occupied structure of another without his consent commits first degree arson.

(3) A defendant convicted of committing first degree arson by the use of any explosive shall be sentenced by the court in accordance with the provisions of section 18-1.3-406.”

The Simplified Definition of First Degree Arson in Colorado

“A person will be charged with first degree arson if they knowingly damage, set fire to, cause to be burned, or cause damage by explosives, a building or occupied structure.” 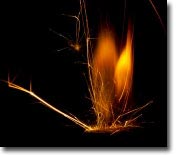 Megan was furious at Ryan. They had been going out happily for over three years when she found out he was cheating on her. When she confronted him about it, he didn't seem to care, breaking off their relationship without a thought or care. Megan wanted desperately to get back at her ex, and she had a plan; Ryan hada tiny cabin on a small corner of his parent's property in Pine, Colorado. She would set fire to it – it was a piece of junk anyway and he would be angry. It was in the middle of nowhere, so only Ryan's cabin would burn. It would be the perfect revenge. Megan snuck up to his cabin and took a match to the front porch. It went up in flames almost instantly. Days later, the police arrive at Megan's door. The fire investigators had found evidence the fire was started intentionally, and Megan is an obvious suspect. After some investigation, Megan finds she is facing Arson in the First Degree charges in Park County. 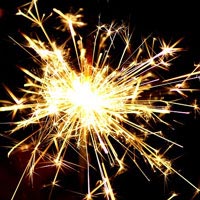 When Jeff and Tim saw the video on YouTube, they knew they had to give it a try. The video showed a man who had created an explosive device using sparklers – the kind kids play with on the 4th of July. The man in the video showed how to tape together hundreds of sparklers. Tim and Jeff gathered up their supplies and built the “sparkler bomb.” They followed the instructions carefully, and placed the device far from Tim's house in Castle Rock. After lighting the match, the pair ran and watched from a distance – waiting for the explosion. They got more than they bargained for. Their sparkler device went off and caused a much bigger explosion than they thought – and a big fireball as well. Thankfully, the grass around the home didn't' catch fire, but the side of the house was severely damaged. A neighbor saw the explosion and called the police. Now, both Tim and Jeff are facing 1st Degree Arson charges in Douglas County.

If you've been contacted by the police regarding First Degree Arson charges, exercise your right to remain silent.

Why You Need a Lawyer for First Degree Arson Charges

When you hear some has been charged with Arson in El Paso, Adams, or Boulder County, you tend to think of the stereotypical arsonist who loves fire and is itchy to light one. This simply isn't the case. The law states a person will be charged if they “knowingly” start a fire that causes damage to a home or building. The intention behind the fire doesn't have to be nefarious – you could be The intent behind starting a fire doesn't have to be nefarious – you can be charged for a fire that got out of control.burning leaves in your backyard and be charged with 1st Degree Arson if the fire got out of control and does any damage to your home, or a neighbor's house. Because the definition is so broad, it is vital that you work with an expert criminal defense lawyer if you have been contacted by the police regarding First Degree Arson charges. Arson is a class 3 felony, which can have a negative impact on your future, if you are convicted. Plus, a prison sentenced to the Colorado Department of Corrections is a real possibility. Don't put your future in the hands of an inexperienced defense attorney or an overworked public defender. Instead, contact the best arson defense attorney at the O'Malley Law Office who will aggressively fight to protect your future.

If you or a loved one is facing First Degree Arson charges, be smart, exercise your right to remain silent, and contact an experienced criminal defense attorney at the O'Malley Law Office for a free consultation at 303-830-0880. Together, we can protect your future.Request a Free Consultation