Trespassing charges are complex – there are three main types of trespass in Denver, Arapahoe, and El Paso County and across Colorado. We've taken a look at the simple definition of Third Degree Trespassing, but we've never looked specifically at First Degree Trespass charges – C.R.S. 18-4-502. Let's look at the legal definition and then reconstruct it into a definition we all can understand. Next, we'll look at a few examples.

“Aperson commits the crime of first degree criminal trespass if such person knowingly and unlawfully enters or remains in a dwelling of another or if such person enters any motor vehicle with intent to commit a crime therein.”

“Aperson will be charged with first degree criminal trespass if they enter a car or other vehicle with the intent to commit another crime, or if they knowingly and unlawfully enter or stay in a home. 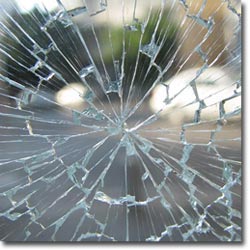 Hannah has been struggling to make ends meet. She moved out of her parent's home in Douglas County so she could live with her boyfriend, Josh. After a few months, it became obvious she didn't know Josh as well as she thought she did. He was dealing drugs and committing robberies, and Hannah wanted out of their relationship, so she broke up with him and moved out. She had a bit of money saved, but it ran out quickly. Desperate for cash, Hannah remembered Josh kept an envelope of money in his truck – and she knew where it was parked. She found the truck, broke a window, and took the cash. Unfortunately, a passerby saw her and called the police. Hannah was arrested and is now facing Theft, Domestic Violence, and First Degree Trespass charges. 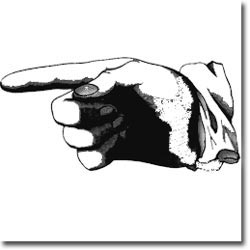 Mason had been going out with Juliet for two months. He knew her family didn't approve of him – especially her dad. So, the couple had avoided her home and hung out at his home or an approving friend's home. One day, Mason decided he'd had enough. If Juliet's father didn't approve of their relationship, he was going to have to get over it. So, he went with Juliet to her house and waited for her father. He did, and was furious that Mason was in his home. He began yelling, and told Mason to leave his home immediately. Mason refused – standing his ground by Juliet's side. Unfortunately for Mason, because he was knowingly and unlawfully remaining in someone else's home, Juliet's dad called the police, and he is now facing First Degree Trespass charges.

Don't stand alone in the courtroom:

Have an expert lawyer by your side.

Why You Need a Lawyer for First Degree Trespass Charges

The most serious of the Trespassing charges, First Degree Criminal Trespass is a class 5 felony in Adams, Boulder, and Jefferson County. A conviction for this offense can result in a possible Pleading guilty will have consequences later. Contact an attorney for a free consultation to discuss the best plan for your defense.Colorado Department of Corrections sentence of up to 3 years. A felony conviction doesn't look good on your criminal record, and can have a negative impact on your ability to get a job or find housing. District Attorneys often overcharge people and then pressure them into pleading guilty to a lesser offense. Unfortunately, when you plead guilty, you are unable to seal your record. Many people don't fully understand this, and accept bad plea offers to avoid jail time. Don't stand alone in the courtroom or work with an inexperienced public defender. Instead, contact an expert criminal defense lawyer at the O'Malley Law Office for a free consultation. Working with a skilled attorney will ensure you get the best possible outcome in your case. We'll look at the discovery in your case and gather evidence to get you a favorable plea agreement or your case dismissed.

If you or a loved one is facing First Degree Trespass charges, be smart, exercise your right to remain silent, and contact an experienced criminal defense attorney at the O'Malley Law Office for a free consultation at 303-830-0880. We can also visit your family member in the Denver or Arapahoe County Jail. Together, we can protect your future.Request a Free Consultation