When you hear that someone is facing hit and run charges in Denver, Adams, or Jefferson County, it's easy to create a nasty mental picture of what happened. But, good people who panic after an accident are often charged with leaving the scene of an accident. It can be difficult to get a good idea of what you are facing if you have been charged; lawyers tend to use legal jargon when explaining criminal charges. If you or a loved one has been charged with hit and run, read this blog for a simple explanation of what you can expect.

The Lawyer's Definition of One Type of Hit and Run

The Simplified Definition of Hit and Run

“The driver of any vehicle involved in an accident where a person is injured or killed, must stop the vehicle at the scene of the accident until insurance information can be shared, and emergency respondants, if needed, have arrived.”

A Few Important Facts about Leaving the Scene of an Accident

It's important to understand a few key definitions when considering hit and run charges in El Paso, Boulder, and Arapahoe County.

The definition of “injury” in the statute is: “Physical pain, illness, or any impairment of physical or mental condition. Basically, anything qualifies, even a minor scratch.

Examples of Hit and Run Charges 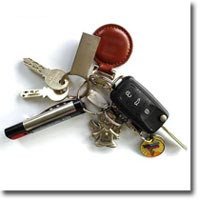 Hilary is excited to drive. She just passed her driver's license test, and she's ready for complete independence. She decides to take her first solo trip to do some Christmas shopping at the Castle Rock Outlet Stores. She does her shopping then hops in her car for the trip home. A few minutes into the drive, she gets a text from a friend. She knows she shouldn't text and drive, but there is traffic, so she figures she'll be fine. While she texts, traffic comes to a stop in front of her, and Hilary slams into the back of the car in front of her. Hilary panics: “What will her parents think?” She knows she shouldn't have been texting, so she pulls off onto a side road and drives away before she has time to think about it. The police find her, and she now faces Reckless Driving and hit and run charges, possession, and intent to distribute in Douglas County. 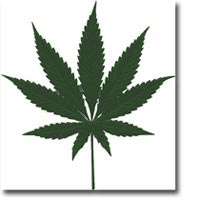 Kevin has been growing and supplying marijuana to people for years. One day, he has to move over 20 pounds of it from the place where it is grown, to his own home in Boulder. So, he packs it into his car, and heads across Denver. As he pulls onto a side street off of I-25, Kevin fails to notice the cyclist on the right side of the road. Before he has time to react, Kevin's side mirror hits the cyclist, who falls to the ground. Kevin knows he'll be arrested if he stops – the pounds of marijuana are visible in his back seat. He glances behind him and sees the cyclist get to his feet, so he hits the gas and speeds away. Unfortunately for Kevin, he also failed to see the police officer a few blocks away who has responded to the hit and run call. Kevin is arrested and now faces hit and run charges in Arapahoe County.

Hit and run charges can be the result of a moment of panic. Don't let it define your future.

Why You Need a Lawyer for Hit and Run Charges

After accidents, when adrenaline is high, people don't make the wisest decisions. Good people are often charged for leaving the scene of an accident due to confusion, panic, or fear. The definitions in the hit and run statute are extremely vague. “Injury” is usually defined as a person feeling pain, but it also includes mental suffering. Truthfully, any time you are involved in an accident, someone is likely to experience “pain,” so this statute applies to almost any accident in Colorado. The seriousness of the charge depends on the level of injury to the other person. Because the definition is so vague, it is important to hire a competent attorney to defend you in court. A skilled lawyer will not put up with the DA overcharging you – we will push to get you the best possible outcome in your case.