Simplified Law: Illegal Discharge of a Firearm Charges in Denver

Illegal Discharge of a Firearm charges are serious – much more serious than they need to be. We hold this opinion because this crime is charged most often after an accident by responsible gun owners. If convicted, a person will be a felon and unable to ever possess a gun again. If you've been charged with this offense in Denver, Arapahoe, or Boulder County, you may be confused as to why the charges are so serious. In today's simplified law blog, we're going to take a look at the statute and simplify it so you can better understand the charges you are facing.

The Lawyer's Definition of Illegal Discharge of a Firearm

(1) Any person who knowingly or recklessly discharges a firearm into any dwelling or any other building or occupied structure, or into any motor vehicle occupied by any person, commits the offense of illegal discharge of a firearm.

(2) It shall not be an offense under this section if the person who discharges a firearm in violation of subsection (1) of this section is a peace officer as described in section 16-2.5-101, and in the performance of such officer's duties.

(3) Illegal discharge of a firearm is a class 5 felony.”

Illegal Discharge of a Firearm Charges?

The Simplified Definition of Illegal Discharge of a Gun

“Any person who discharges a firearm or gun recklessly or knowingly into a building, dwelling, or occupied vehicle will be charged with illegal discharge of a firearm.”

Examples of Illegal Discharge of a Firearm Charges 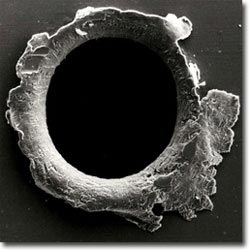 Roger had just purchased a new Glock handgun. He was thrilled to take it out and shoot with his buddies at the firing range in Douglas County. He and his friends are all gun enthusiasts, and they are all extremely careful when it comes to safety. After a fun day at the Castle Rock range, Roger heads home and begins to clean his new gun. He's not quite used to his new handgun, so while he's cleaning it, it goes off. Roger is terrified he's hurt someone, so he runs over to his next-door neighbor's house to see if the bullet did any damage. The bullet struck a wall and got lodged. Thankful no one was injured, Roger speaks with his neighbor before heading home. Unfortunately, his neighbor decided to call the police and report the incident. Now, Roger is facing felony Illegal Discharge of a Weapon charges. 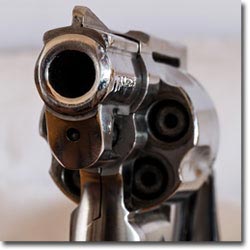 Megan and her friends are at Chatfield Reservoir in Jefferson County, enjoying the spring sunshine. Ryan, a friend from college joins the group, and he has a new purchase with him – a 38 Special Ruger Revolver. Each of Ryan's friends takes a look at the gun, careful to point the barrel away from each other. Ryan asks Megan if she wants to hold the revolver. She's a bit unsure, as she doesn't have much experience with firearms. But, Ryan coaxes her into holding it. Without thinking, Megan's finger hovers over the trigger – which has a light pull. Ryan had no idea the gun was loaded, and it goes off – the bullet striking a nearby car. The woman in the car is terrified and angry, and calls the Littleton police. Now, Megan is facing felony Illegal Discharge of a Firearm charges.

A conviction could result in possible prison time and the loss of your gun rights. Contact an expert defense attorney to protect them!

Despite the fact that Illegal Discharge of a Firearm charges are usually the result of an accident, this crime is a class 5 felony in El Paso, Pitkin, and Adams County. Felony charges are much more serious, a conviction resulting in possible prison time and the loss of your gun rights. Because of the high stakes, it is crucial that you work with a knowledgeable criminal defense lawyer if you have been charged for accidentally firing a gun into a building or automobile. An expert lawyer will work hard to get a favorable plea deal for a lesser misdemeanor offense, such as Prohibited Use of Weapons, or get your case dismissed altogether. Don't stand alone in court or plead guilty to avoid jail or prison time. Take control of your future and contact a hard-hitting gun rights lawyer who will aggressively fight to protect your rights. The attorneys at the O'Malley Law Office have 40 years of combined experience, and we fight to win.

If you or a loved one is facing Illegal Discharge of a Firearm charges, be smart, exercise your right to remain silent, and contact an experienced criminal defense attorney for a free consultation at 303-830-0880. Together, we can protect your future.Request a Free Consultation