Incest is a word filled with disgust and reproach in our culture. If you hear someone has been charged with this sex offense, an instant shudder of disdain usually accompanies the conversation. But, just what does a person have to do to be arrested for this sex crime? In this week's installment of Simplified Law, we'll take a closer look at Incest charges in Denver, Boulder, and Adams County. For the purposes of this blog, we'll use Colorado statute 18-6-301.

The Lawyer's Definition of Incest

“Any person who knowingly marries, inflicts sexual penetration on, or subjects to sexual contact, as defined in section 18-3-401, an ancestor or descendant, including a natural child, child by adoption, or stepchild twenty-one years of age or older, a brother or sister of the whole or half blood, or an uncle, aunt, nephew, or niece of the whole blood commits incest, which is a class 4 felony. For the purpose of this section only, “descendant” includes a child by adoption and a stepchild, but only if the person is not legally married to the child by adoption or the stepchild.”

The Simple Definition of Incest

“Any person who has sexual contact with a relative, including a natural child, adopted child, stepchild of 21 years or older, brother, sister, uncle, aunt, nephew, or niece, commits incest.”

An Example of Incest Charges 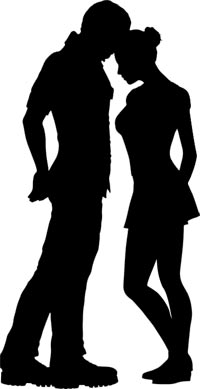 Lucy has always struggled with self-worth and self-confidence. She has had many boyfriends, but is frustrated because all of them are immature. One day, a man comes into the store where she works; they meet, and start dating. Keith is everything she always wanted; mature, kind, and loving. He's double her age, but she's finally happy. They have a whirlwind romance, and get married after only two months of dating. They settle into life, but Lucy finds she isn't as happy as she imagined. Keith isn't as young as her, and doesn't have the desire to stay out late, or party like she does. But, despite their differences, they are fairly happy. One day, Keith tells her he needs to talk. He informs her that he had a son very young. He never told Lucy about it because they were never close. But, now his son has contacted him and wants to meet. The young man arrives later in the day. His name is Josh, and he's the same age as Lucy – both of them are 22. Josh is thrilled to meet his long-lost father, and so they begin spending more and more time together. Gradually, Lucy and Josh grow closer and closer; Keith is always working, and Josh really understands her. One night, when Keith is on a business trip, the two drink a bit too much and end up sleeping together. They are both horrified at their actions – how could they let it go so far! They try to keep it a secret, but the incident is reported to the police, and Lucy is now facing Incest charges.

How Can the Actions of Two Consenting Adults be a Crime?

The age of the “child” isn't considered

While the morality of Lucy and Josh's actions can be questioned, not many people realize their tryst is a sex offense. Because Josh is Lucy's stepchild, and because they had sexual contact, Incest is charged. It is important to note that the age of the “child” isn't considered, or whether the offense took place between two consenting adults in Arapahoe, Jefferson, or Douglas County. Nowhere in the world is a person over the age of 21 treated as anything but an adult. But, when it comes to Incest charges, common sense isn't taken into account.

Why You Need a Lawyer for Incest Charges

Common sense is missing in courtrooms

The criminal justice system is full of people who are surrounded by legal jargon and crime full-time. Because of this, common sense doesn't often come into the picture, especially when it comes to sex offenses. Even in cases like the one above, where the incident took place between two consenting adults, the sentence for an Incest conviction is indeterminate. And, if convicted, Lucy would be required to register as a sex offender and undergo sex offender treatment overseen by the Colorado Sex Offender Management Board (SOMB). When so much is at stake, it is vital that you work with a seasoned criminal defense attorney who will fight on your behalf in the courtroom. The attorneys at our office have over 30 years of combined courtroom experience and have the knowledge, expertise and passion you need to win at trial, get your case dismissed, or negotiate a favorable plea agreement. Don't stand alone – work with a lawyer who fights to win.

If you or a loved one is facing Incest charges, be smart, exercise your right to remain silent, and contact an experienced and trustworthy criminal defense attorney at the O'Malley Law Office for a free consultation at <strong>303-830-0880</strong>. If you or a friend needs a jail visit from an attorney, we can do that. Together, we will protect your future.Request a Free Consultation