In this week's Simplified Law blog, we're going to discuss a sex offense which is charged often in Denver, Adams, and Jefferson County. Indecent Exposure charges are significant, however. Even though this crime is only a misdemeanor, it is a sex offense, which means a person will be required to go through sex offender treatment and register as a sex offender upon conviction in Douglas, Arapahoe, and El Paso County. Let's dig deeper into the definition of this offense so we can understand it more fully.

The Lawyer's Definition of Indecent Exposure

The Simplified Definition of Indecent Exposure 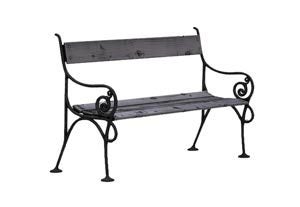 Tim has had a great couple of months. He got a promotion at work, he bought a new house, and life is good. He decides to go out and celebrate with friends. They head to a bar in Colorado Springs, and Tim starts drinking. The alcohol hits him hard, and his friends are just as drunk and aren't holding each other accountable. Tim wanders to a park, where he passes out. In his current state of mind, Tim has no idea he is exposing himself to public view. A woman happens across him and calls the police – he is now facing Indecent Exposure charges.

Why You Need a Lawyer for Indecent Exposure Charges

1.Undergo sex offender treatment overseen by the Colorado Sex Offender Management Board (SOMB). This treatment is one-size-fits all, harsh and difficult to go through.

2.Register as a sex offender. Registered sex offenders are often outcasts in society – people assume the worst and don't take the time to find out why you were convicted.

Don't plead guilty to avoid jail time – take the time to contact an aggressive criminal defense lawyer who will take a look at your case in order to determine your next step. Protect your future by working with an attorney who fights to win in court.

If you or a loved one is facing Indecent Exposure charges in Colorado, be smart, exercise your right to remain silent, and contact an experienced criminal defense attorney at the O'Malley Law Office for a free consultation at 303-830-0880. If you or a friend needs a jail visit from an attorney, we can do that. Together, we will protect your future.Request a Free Consultation