Kidnapped. The word conveys violent images of someone being forcibly taken from their home. The movie “Taken,” where a young girl is kidnapped from her hotel by evil men, comes to mind. Yet, Kidnaping charges are rarely the result of a Hollywood-like situation. Instead, good people are charged with this violent crime in Jefferson, Denver, and Adams County, and have no idea why. In this week's blog of Simplified Law, we'll discuss Kidnapping charges, and the situations where it is charged most often. For the purposes of this blog, we're going to focus on Second Degree Kidnapping – C.R.S. 18-3-302.

The Lawyer's Definition of Kidnapping:

“Any person who knowingly seizes and carries any person from one place to another, without his consent and without lawful justification, commits second degree kidnapping.”

The Simplified Definition of Kidnapping:

“Any person who carries any person from one place to another, without their permission, commits second degree kidnapping.” 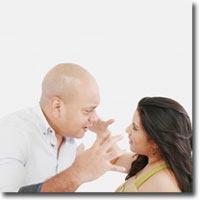 Shoving During a Fight

Leah and her boyfriend Kyle have been fighting for months. Their relationship has taken a turn for the worse in the last few days. One night, they get into a big argument. Leah is frustrated, so she shoves Kyle as hard as she can. He is taken off guard, so he stumbles and falls backwards into another room. He gets up and storms out in anger. The next day, Leah is shocked to learn she is facing Kidnapping charges, as well as Domestic Violence charges in Douglas County. 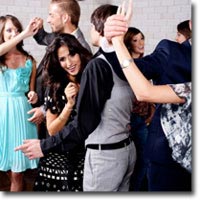 Jeremy and his girlfriend Kara have thrown a party at their apartment in Centennial. Everyone is drinking, and a little bit tipsy. Kara makes a comment about Jeremy, and he jokingly says he's going to throw her out of the apartment. Everyone laughs, so Jeremy decides to have a little fun. He picks up Kara, and carries her out of the apartment. He doesn't realize she's not happy about it. The next day, Jeremy is charged with Kidnapping in Arapahoe County.

It's difficult to believe that both Leah and Jeremy would face Kidnapping charges. But, each of their situations contains all the elements needed for Kidnapping charges to be filed. If you move someone from one place to another (the statute doesn't define how far this has to be) without their permission, you will be charged with Kidnapping. There doesn't have to be any violence, or ill-intentions. In fact, people who are committing the crime of Burglary might receive additional Kidnapping charges because they kindly ask the occupants of a house to move to another room.

Why You Need a Lawyer for Kidnapping Charges

Second Degree Kidnapping is usually charged as a class 4 felony, which carries a possible prison sentence to the Department of Corrections. District Attorneys across Colorado often overcharge people by adding this offense – even when it doesn't make sense. A hard-working attorney will know what a judge or DA is looking for. We fight hard to get our client's cases dismissed – and we fight to win. Don't stand alone in court when a prison sentence is possible. Work with one of the best lawyers at our office who will be your advocate.

If you or a loved one is facing Kidnapping charges, be smart, exercise your right to remain silent, and contact an experienced criminal defense attorney at the O'Malley Law Office for a free consultation at 303-830-0880. If you or a friend needs a jail visit from an attorney, we can do that. Together, we will protect your future.Request a Free Consultation

Image courtesy of David Castillo and photostock Dominici at FreeDigitalPhotos.net