When you hear someone is facing Manslaughter charges – C.R.S. 18-3-104, in Denver, Jefferson, or Douglas County, your first thought may be that they are a reckless person. This isn't always true. Manslaughter charges can be the result of an accident – and in most cases, this is true. In today's simplified law blog post, we're going to provide a simple explanation for this offense.

The Lawyer's Definition of Manslaughter

“A person commits the crime of manslaughter if:

(a) Such person recklessly causes the death of another person; or

(b) Such person intentionally causes or aids another person to commit suicide.”

The Simplified Definition of Manslaughter

“A person will be charged with manslaughter if they recklessly cause the death of another person, or if they help or intentionally cause another person to commit suicide.”

The Definition of “Recklessly”

This crime is relatively easy to understand, but first we must look at the definition of “recklessly.” The definition can be found under Colorado statute C.R.S. 18-1-501:

“Recklessly”. A person acts recklessly when he consciously disregards substantial and unjustifiable risk that a result will occur or that a circumstance exists.”

Obviously, even defining this term doesn't help much with the vagueness of this crime. Often, the decision about whether or not an act was done recklessly is up to the District Attorney. A hard-hitting criminal defense lawyer will be able to fight the charges against you by proving your behavior wasn't reckless in Adams, Arapahoe, or Broomfield County. 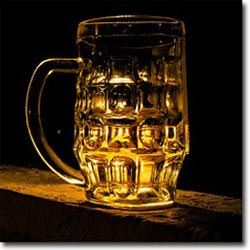 Hilary didn't realize just how drunk she was. She hopped in the car with her friend Audrey after spending the evening at a bar in downtown Denver, thinking she was fine to drive. Unfortunately, she didn't see the red light, and she ran right through it – straight into the side of a big SUV. Hilary awoke in the hospital to learn that Audrey didn't survive the crash. Hilary had failed to notice that her friend didn't buckle in with a seatbelt and was thrown from the car during the crash. Even though Hilary wasn't the one who didn't use the seatbelt, she was the driver and she had ignored her own alcohol consumption and inability to drive. As a result, she is facing Manslaughter charges. 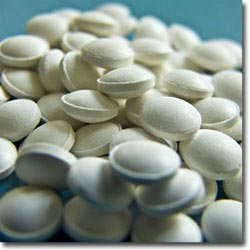 Hank dearly loved his wife Margaret. They had a long and happy life together, until Margaret got brain cancer. She quickly began to fail. It was tough for Hank to see his wife in her weakened condition. One day, she asked if he would help her commit suicide. Hank said no – he could never do such a thing. Day after day, Margaret pleaded Hank to help her end her life – she knew she was dying, and wanted to end it before she suffered more. Finally, Hank grew worn down from the constant requests. He obtained a sleeping pill prescription, and then ground up 20 of the pills and gave them to Margaret. She died later that night. As a result of helping her commit suicide, Hank is now facing Manslaughter charges.

Manslaughter charges are serious, working with an experienced defense attorney is crucial for your freedom.

Why You Need a Lawyer for Manslaughter Charges

The law is vague when it comes to Manslaughter charges. The decision about whether or not an act was reckless or not is often up to the District Attorney or judge. Don't stand alone in the courtroom. Instead, work with an expert criminal defense lawyer who will fight to prove you behavior wasn't reckless. Manslaughter is charged as a class 4 felony, which carries the possibility of prison time. Don't let a mistake or moment of reckless behavior affect your future. Instead, contact an experienced lawyer who will fight to get the charges reduced, work out a plea agreement to a lesser sentence, or take the case to a jury trial and prove your innocence.

If you or a loved one is facing Manslaughter charges, be smart, exercise your right to remain silent, and contact the best criminal defense lawyer at the O'Malley Law Office for a free consultation at 303-830-0880. Together, we can protect your future.Request a Free Consultation