When you hear someone is facing Possessing a Dangerous or Illegal Weapon charges in Denver, Arapahoe, or Adams County, you likely imagine they are a drug dealer or a gun runner who sells and deals in illegal weapons. Unfortunately, every day, good people are charged with this offense, because gun right laws in Colorado are harsh and constantly changing. In today's simplified law blog, we'll take a look at this crime to see how you can be charged.

Lawyer's Definition of Possessing a Dangerous or Illegal Weapon

(3) A person who knowingly possesses a dangerous weapon commits a class 5 felony. Each subsequent violation of this subsection (3) by the same person shall be a class 4 felony.

(4) A person who knowingly possesses an illegal weapon commits a class 1 misdemeanor.

(5) It shall be an affirmative defense to the charge of possessing a dangerous weapon, or to the charge of possessing an illegal weapon, that the person so accused was a peace officer or member of the armed forces of the United States or Colorado National Guard acting in the lawful discharge of his duties, or that said person has a valid permit and license for possession of such weapon.”

The Simple Definition of Possession of a Dangerous or Illegal Weapon

“A person will be charged with Possessing a Dangerous or Illegal Weapon if they possess any of the following items without a valid permit for the weapon:

An affirmative defense to this charge is if the weapon was in the possession of a person in the Armed Forces or National Guard, who was acting in the color of their duty.”

Examples of Possessing a Dangerous or Illegal Weapon Charges 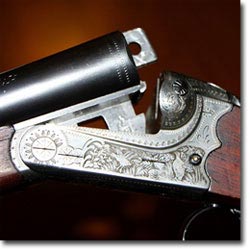 Gregory never really thought much about his grandpa, who lived in another state. Their lives had been separate, so Gregory was surprised when his grandfather left him some of his belongings when he died. A big box of his things was shipped to him, and Gregory opened it and found a plethora of items – mainly old memorabilia from his grandfather's days of collecting. One specific item was of interest to Gregory, however – it was an old, sawed-off shotgun. Gregory kept it, not knowing it was an illegal weapon. He was transporting it across town to show to his buddy, when he was pulled over for speeding. The officer saw the gun in the seat, and now Gregory is facing Possessing a Dangerous or Illegal Weapon charges in Douglas County. 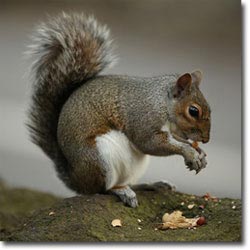 Hank had a squirrel problem. His home in El Paso County was overrun by the varmints, and he didn't know what to do about them, because he couldn't shoot them without his neighbors taking notice. His dilemma was solved a few weeks later, however, when a friend suggested he purchase a silencer for his handgun. That way, he could take care of the rodent problem, and his neighbors would never know. The friend had one he had purchased with a license years previously, so he sold it to Hank. One evening, Hank was outside shooting at squirrels with his new silencer, when a police car pulled up. Someone suspected what he was doing and had called the police. Now, Hank is facing Possessing a Dangerous or Illegal Weapon charges in El Paso County.

If you've been charged with a weapons-related crime in Jefferson County or anywhere in Colorado, it is important to contact an experienced criminal defense attorney immediately. You need to know your rights, and when it comes to firearms, the government loves to cross boundaries. This crime can either result in a felony charge, or a misdemeanor charge. A conviction of either one can be a problem in your future – most employers run background checks, and having a criminal history can be detrimental. Don't ignore the charges against you or accept a plea agreement simply to avoid jail. Involve a hard-hitting criminal defense lawyer who will fight aggressively to defend your future and protect your gun rights.

If you or a loved one is facing Possession of a Dangerous or Illegal Weapons charges, be smart, exercise your right to remain silent, and contact an experienced criminal defense attorney at the O'Malley Law Office for a free consultation at 303-830-0880. Together, we can protect your future.Request a Free Consultation