Public Indecency charges are common in Denver, Arapahoe, and Jefferson County, Colorado. This is because this offense is easily charged, and fits in many different situations. In today's simplified law blog, I'll give you a simple definition of this offense, and look at a few examples of how it is charged.

The Lawyer's Definition of Public Indecency

“Any person who performs any of the following in a public place or where the conduct may reasonably be expected to be viewed by members of the public commits public indecency:

(a) An act of sexual intercourse; or

(c) A lewd exposure of an intimate part as defined by section 18-3-401 (2) of the body, not including the genitals, done with intent to arouse or to satisfy the sexual desire of any person; or

(d) A lewd fondling or caress of the body of another person; or

(e) A knowing exposure of the person's genitals to the view of a person under circumstances in which such conduct is likely to cause affront or alarm to the other person.”

The Simple Definition of Public Indecency

“Any person who does any of the following things in a public place, commits public indecency: 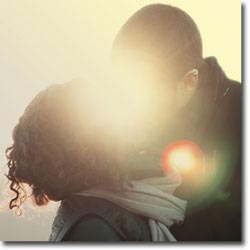 Hannah and Eric met at a party and were instantly attracted to each other. They went out on a casual date, and then things really got serious. Then knew they were meant for each other. One day, they were eating lunch at a park in Boulder. Eric was from Paris – he was used to couples kissing in public places, so he kissed Hannah. They got a bit carried away, and someone else at the park got annoyed with their public display of affection and called the police. Two days later, Hannah and Eric were contacted by the police regarding Public Indecency charges in Boulder County for “lewd fondling” and caressing “the body of another person.” 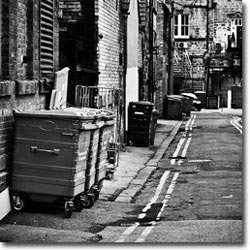 Frank was a partier. He often went bar hopping with friends on the weekends in Colorado Springs. One night, Frank was out with friends. They were at their 4th bar that night, and Frank was quite drunk. They group left the bar and started walking to the last destination in their bar hopping. Frank had a lot to drink, and needed to relieve himself. Spotting a dark alley, he ducked in, thinking no one would notice. Unfortunately, a passing police officer stopped and ticketed him. Frank is now facing Public Indecency charges in El Paso County.

Public Indecency is easily charged in Colorado. Work with a lawyer to keep your record clear.

Why You Need a Lawyer for Public Indecency Charges

It's not difficult to be charged with Public Indecency in Adams, Douglas, and Summit County. Pranks often result in Public Indecency charges. Streaking during a football game, mooning passing cars, and urinating in public are all common scenarios that result in charges. While Public Indecency is usually only a petty offense, if a person receives two convictions within a certain time period, they will be required to register as a sex offender and go through harsh sex offender treatment overseen by the Sex Offender Management Board (SOMB). This is obviously ridiculous; a person who pees in alleyways shouldn't be considered a sex offender. But, this proves as an example of just how unjust the laws in the Denver area can be. District Attorneys often overcharge people, and Public Indecency is similar to Indecent Exposure – which is a sex offense. Don't put your future at risk by going along into the courtroom. Instead, contact an aggressive criminal defense lawyer to fight on your behalf to make sure a moment of passion or a mistake made while drunk doesn't follow you for the rest of your life.

If you or a loved one is facing Public Indecency charges, be smart, exercise your right to remain silent, and contact an experienced criminal defense attorney at the O'Malley Law Office for a free consultation at 303-830-0880. We can also visit your family member in the Denver or Arapahoe County Jail. Together, we can protect your future.Request a Free Consultation