Simplified Law: Retaliation against a Witness or Victim Charges in Denver

If you are involved in a criminal case, it can be difficult to understand what you can and can't do. Often, people find they are facing Retaliation Against a Witness or Victim Charges without knowing what they did wrong. For today's simplified law blog, let's take a look at the statute for this offense (C.R.S. 18-8-706) in order to understand just what you can and can't do if you are the defendant of a criminal case in Denver, El Paso, or Adams County.

The Lawyer's Definition of Retaliation against a Witness or Victim

The Simple Definition of Retaliation against a Witness or Victim

“Aperson will be charged with retaliation against a witness or victim if they use a threat, an act of harassment, or inflict harm or injury on any person who is (or could be) testifying in a criminal case in court.”

A Definition of Harassment Charges

In order to fully understand the Retaliation Against a Witness or Victim statute, it is important to take a look at the Harassment statute and what it means. In a previous simplified law blog, we provided a simple definition of Harassment:

“Aperson will be charged with Harassment if, with the intent to annoy or harass, they annoy another person by touching them, following them, communicating with them over a computer or phone at inconvenient hours, or insulting and / or taunting them in a coarse manner.”

As you can see, this is an extremely vague definition. You can call someone a few too many times, or insult them, and you will be charged with Harassment in Arapahoe, Douglas, or Jefferson County.

Examples of Retaliation Against a Witness or Victim Charges 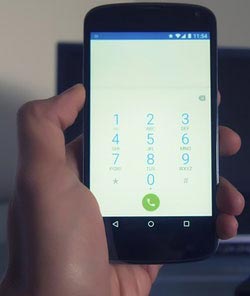 Aaron has two sons – Henry is the oldest, and Shawn is the younger son. Shawn has been arrested for a suspected Burglary in Highlands Ranch, but the police can't find any information connecting him to the crime. They learn through one of Shawn's friends that Henry has some information about the alleged burglary which connects his brother to the crime. The police contact Henry, who agrees to testify against his brother, because he wants him to learn a lesson. Aaron is livid: he doesn't want Shawn to have a criminal record for the rest of his life because of a simple mistake – he's paying for his college and wants him to get his life back on track. So, he calls Henry repeatedly, harassing him out of revenge for agreeing to testify. Henry contacts the police about the harassing calls, and Aaron now finds he is facing Retaliation Against a Witness or Victim charges. 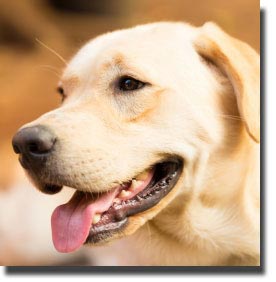 Gregory has been with Tina for almost 3 years. They've always had a rocky relationship, and Tina is especially troubled due to a few physically abusive relationships she had in the past. One day, Gregory and Tina get into a fight. Frustrated by the argument, Gregory storms out of their home and heads to the nearest bar. A few hours later, the police arrive and Gregory is arrested for Assault Domestic Violence. Tina called the police and alleged that Gregory hit her during the fight. Gregory knows that Tina is making false accusations because she's used to being a victim, so he confronts her. They start fighting, and Gregory says: “You'll pay for lying! Why did you call the police?” He loses his temper and kicks Tina's dog sitting nearby. Because he harmed her property in retaliation against her allegations, Gregory is now facing Retaliation Against a Witness or Victim charges.

If you have been charged with Retaliation Against a Witness or Victim, you need to contact a hardworking criminal defense lawyer at the O'Malley Law Office for a free consultation. It's not difficult to be charged; vague definitions and District Attorneys who overcharge crimes lead to many good people being arrested. Don't plead guilty to avoid jail or prison time. Instead, contact a knowledgeable attorney who will fight to get you the best possible outcome in court. Here at the O'Malley Law Office, we fight to win.

If you or a loved one is facing Retaliation Against a Witness or Victim charges, be smart, exercise your right to remain silent, and contact an experienced criminal defense attorney at the O'Malley Law Office for a free consultation at 303-830-0880. Together, we can protect your future.Request a Free Consultation