Assault charges can be complex. There is a lot at stake in assault cases, so it is important to understand exactly what you are dealing with. It can be difficult to wade through all the legal jargon you find online. That's where we come in. In today's simplified law blog post, we're going to discuss Second Degree Assault charges in Denver, Arapahoe, and Broomfield County, and across Colorado. We'll give you a simple definition of the crime, common examples of how it is charged, and discuss what you should do if you've been contacted by the police.

(1) A person commits the crime of assault in the second degree if:

(b) With intent to cause bodily injury to another person, he or she causes such injury to any person by means of a deadly weapon; or

(c) With intent to prevent one whom he or she knows, or should know, to be a peace officer or firefighter from performing a lawful duty, he or she intentionally causes bodily injury to any person; or

(d) He recklessly causes serious bodily injury to another person by means of a deadly weapon; or

(e) For a purpose other than lawful medical or therapeutic treatment, he intentionally causes stupor, unconsciousness, or other physical or mental impairment or injury to another person by administering to him, without his consent, a drug, substance, or preparation capable of producing the intended harm; or

(f.5) (I) While lawfully confined in a detention facility within this state, a person with intent to infect, injure, harm, harass, annoy, threaten, or alarm a person in a detention facility whom the actor knows or reasonably should know to be an employee of a detention facility, causes such employee to come into contact with blood, seminal fluid, urine, feces, saliva, mucus, vomit, or any toxic, caustic, or hazardous material by any means, including but not limited to throwing, tossing, or expelling such fluid or material.

A person commits the crime of second degree assault in the following circumstances:

The Definition of Bodily Injury in Colorado

When you hear the term ‘bodily injury,' one might think someone has sustained serious harm. But, according to Colorado statute 18-1-901, ‘bodily injury' is much vaguer. It is defined as:

“…physical pain, illness, or any impairment of physical or mental condition.”

In most cases, this is interpreted in Adams, Douglas, or Boulder County court as when a person “feels pain.” Obviously, this is an extremely relative definition, because each person has a different pain tolerance. To make it even more imprecise, the words “mental condition” are included. All this inexact language leads to many overblown charges in Colorado.

Serious Bodily Injury (SBI) differs from Bodily Injury, according to the statute. Serious bodily injury includes any injury involving a “substantial risk of death…serious permanent disfigurement…protracted loss or impairment of the function of any part or organ of the body.” Generally, it is charged when someone suffers a break, fracture, a second or third degree burn, or the injury results in scarring.Your Content… 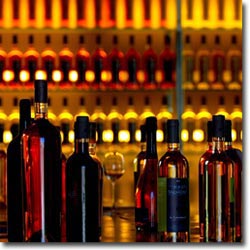 Michael never meant to punch the man at the bar. Things had gotten out of hand quickly. It all started when Michael and his friend Joe decided to visit a bar in downtown Littleton. The two had a couple of beers, but weren't drunk at all. Three guys at the bar they didn't know took a dislike to Michael and Joe – maybe it was because they were drinking much more and had gotten all riled up. Regardless, it all started when one of the men taunted Joe. Michael didn't like his friend being insulted, so he confronted the man, who sneered and swore in his face while threateningly raising his fist. Without thinking, Michael retaliated by punching the man in the stomach, fracturing one of the man's ribs. Because the man suffered a fracture, Michael is now facing Second Degree Assault charges in Jefferson County. 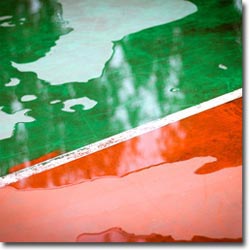 Jake got involved with the wrong crowd. He was arrested after driving the getaway car for his friends who started burglarizing homes in Colorado Springs. He was adjudicated for Accessory to Burglary in El Paso County, and is now confined in the Spring Creek Youth Services Center Detention Facility. One day, while playing basketball at the facility, a detention center employee who Jake clashed with walked by and said something condescending. This had gone on for months, and Jake was frustrated. He lashed out, and spit in the direction of the man, who was walking away. Unfortunately for Jake, the employee turned back, and Jake's spit hit the man full in the face. Because Jake caused the employee to come into contact with bodily fluid, he is now facing 2nd Degree Assault charges.

Fight to protect your future by working with an experienced defense attorney.

Why You Need a Lawyer for Second Degree Assault Charges

If you've been contacted by the police regarding charges of Assault in the Second Degree, don't hesitate to contact one of our expert criminal defense lawyers. 2nd Degree Assault charges range from a class 6 felony to a class 3 felony, so time in the Colorado Department of Corrections is a possibility. Don't plead guilty to avoid this prison time – you'll regret it later when you are unable to seal your record. A criminal record can have a negative effect on your ability to get a job or find housing. Fight to protect your future by working with the best criminal defense lawyer in the Denver area – we aggressively and passionately defend each and every one of our clients. Often, our early involvement in the case, interviewing key witnesses, and retaining expert witnesses, leads to a dismissal, acquittal, not-guilty verdict, or favorable plea agreement. Go into the courtroom prepared – have a skilled defense attorney from the O'Malley Law Office advocating on your behalf.

If you or a loved one is facing Second Degree Assault charges, be smart, exercise your right to remain silent, and contact an experienced criminal defense attorney at the O'Malley Law Office for a free consultation at303-830-0880. Together, we can protect your future.Request a Free Consultation