Simplified Law: Sexual Assault on a Child Charges in Denver

When you see someone in the news is facing Sexual Assault on a Child charges in Denver, Boulder, or Adams County, the general response is one of disgust and rage. After all, this is one of the worst crimes a person could commit, right? As usual, life is much more complicated than that. Let's take a look at just how easy it is to be charged with this sexual offense involving a juvenile by looking at our simplified definition of Sexual Assault on a Child.

The Lawyer's Definition of Sexual Assault on a Child

“(1) Any actor who knowingly subjects another not his or her spouse to any sexual contact commits sexual assault on a child if the victim is less than fifteen years of age and the actor is at least four years older than the victim.

(a) The actor applies force against the victim in order to accomplish or facilitate sexual contact; or

(b) The actor, in order to accomplish or facilitate sexual contact, threatens imminent death, serious bodily injury, extreme pain, or kidnapping against the victim or another person, and the victim believes that the actor has the present ability to execute the threat; or

(c) The actor, in order to accomplish or facilitate sexual contact, threatens retaliation by causing in the future the death or serious bodily injury, extreme pain, or kidnapping against the victim or another person, and the victim believes that the actor will execute the threat; or

The Simplified Definition of Sexual Assault on a Child

“A person commits sexual assault on a child if they have any sexual contact with a child under the age of 15, when they are at least four years older. In most cases, Sexual Assault on a Child is a class 4 felony, but it is a class 3 felony if the following circumstances exist:

In order to fully understand this crime, we must take a closer look at the definition of ‘sexual contact,' which is found under C.R.S. 18-3-401. It is defined as:

Reading this definition begs the question: “what is the definition of ‘intimate parts,' then?” Let's take a look. It is defined as:

“…the external genitalia or the perineum or the anus or the buttocks or the pubes or the breast of any person.”

As you can see, the definitions in the Sexual Assault on a Child statute are extremely vague. Once you realize that a person can be charged simply for touching a boy's clothed chest, if someone thought it was sexual, you can understand just how easily it is charged in El Paso, Arapahoe, and Douglas County.

Examples of Sexual Assault on a Child Charges

Usually, we make up examples for this section of our simplified law blogs. But, since we are often faced with false accusations and District Attorneys overcharging good people that we thought we'd use real examples (names have been changed). 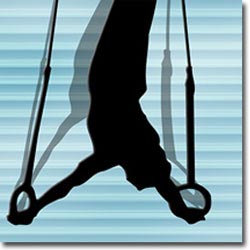 Tim was a gymnastics teacher in Broomfield. One day, he was arrested and charged with 20 sexual offense counts, including Sexual Assault on a Child charges. Two male, former students were making the accusations; they said that Tim sexually abused them over the course of three years, when they were 12 and 14 years old. Tim's mug shot was plastered over every news station in Denver, along with the words: “Teacher Arrested for Sexual Assault.” The management at the gymnastics center was shocked to hear of the charges, saying he “deserved a chance to prove his innocence.” Regardless, many people assumed he was guilty. But, when his case went to trial, a jury found Tim not guilty on all counts, including the Sexual Assault on a Child charges. The jury found the accusations to be unfounded, and justice was served for Tim. 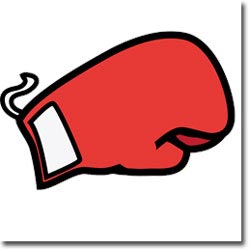 Eric was a junior middleweight boxer, about to defend his belt in a few days. But, there was a problem; Eric was sitting in jail. The 20-year-old had been arrested on an outstanding warrant for Failure to Register as a Sex Offender. Why was the boxer a sex offender? He had plead guilty to Sexual Assault on a Child charges only 2 years before. He had been in a relationship with a young woman who happened to be younger than him. According to Colorado law, if a person under the age of 15 has a sexual relationship with someone at least four years older, they will be charged – regardless of whether or not the relationship was mutual. Unfortunately, Eric didn't understand the consequences of a sex crime conviction, which include registration as a sex offender, and sex offender treatment. Even though the relationship was consensual, it was Eric who paid the price.

Don't take on this fight on your own – have an aggressive defense attorney fighting by your side.

The consequences are great for people charged with sex crimes against kids in Jefferson, La Plata, and Summit County. Sexual Assault on a Child is subject to indeterminate sentencing, which means you will be sentenced for an unlimited amount of time to the Colorado Department of Corrections. Your release would be dependent on a decision of the Colorado Parole Board. Also, you will be required This crime is a sex offense requiring registration as a sex offender, and sex offender treatment.to register as sex offender and go through harsh sex offender treatment. Don't take on this fight on your own: If you or a loved one has been charged with Sexual Assault on a Child, don't hesitate to contact one of our aggressive criminal defense lawyers. We specialize in defending people accused of sex crimes, and we have a passion for advocating in the courtroom. We fight daily battles with District Attorneys who overcharge good people. Don't stand alone in the courtroom when your future is on the line. Work with an attorney who understands the importance of the outcome of your case. Here at the O'Malley Law Office, we fight to win.

If you or a loved one is facing Sexual Assault on a Child charges, be smart, exercise your right to remain silent, and contact an experienced criminal defense attorney at the O'Malley Law Office for a free consultation at 303-830-0880. Together, we can protect your future.Request a Free Consultation