If you're reading this blog, you or a loved may have been charged with a crime. And, you're most likely a bit lost and confused. The internet is full of legal jargon and lawyer's giving you information you just don't understand. We don't use legal jargon – we explain crimes and the law in simple terms so you'll be able to make decisions and take steps to protect your future. In this week's installment of Simplified Law, we'll take a look at Witness or Victim Intimidation charges in Arapahoe, El Paso, and Jefferson County.

The Lawyer's Definition of Intimidating a Witness or Victim

(a) Influence the witness or victim to testify falsely or unlawfully withhold any testimony; or

(b) Induce the witness or victim to avoid legal process summoning him to testify; or

(c) Induce the witness or victim to absent himself or herself from such an official proceeding; or

(d) Inflict such harm or injury prior to such testimony or expected testimony.”

The Simplified Definition of Intimidating a Witness or Victim

“Aperson commits intimidating a witness or victim, if they threaten, harass, or injure any witness or victim of a crime in order to have them give false testimony, not appear in court, or withhold information from the government.”

It is important to understand one element of Intimidating a Witness or Victim – C.R.S. 18-8-704. This is the mention of the crime of Harassment – C.R.S. 18-9-111. Harassment is an extremely broad offense. Littleton, Aurora, and Englewood police charge this crime when they don't know what else to charge. Our simple definition of Harassment is:

“A person will be charged with Harassment if, with the intent to annoy or harass,  they annoy another person by touching them, following them, communicating with them over a computer or phone at inconvenient hours, or insulting and / or taunting them in a coarse manner.”

As you can see, this is vague; a person could feel “annoyed” and the police would charge Harassment in Adams, Denver, and Douglas County.

It is wise to work with an experienced lawyer if you are facing Witness or Victim Intimidation charges.

Examples of Witness or Victim Intimidation 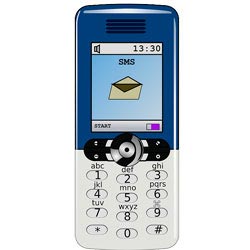 Joanne has two daughters; Emily and Hannah are inseparable. In fact, they are partners in crime. The two young women regularly shoplift together throughout the Denver Metro area. One day, Hannah is caught shoplifting a few clothing items at a Target in Aurora, Colorado. Surprisingly, her sister was the one who called the Aurora police to turn her sister in. The two had a fight, and Emily called the police on Hannah (to get revenge for a falling out they had earlier in the week), who was charged with Misdemeanor Theft. Over the next few days, Joanne sends hundreds of threatening, harassing texts to her daughter, berating her for turning in her sister to law enforcement.  Joanne's behavior falls under the Harassment law, so, because she harassed and threatened Emily, Joanna is now facing Witness Intimidation charges in Adams County. 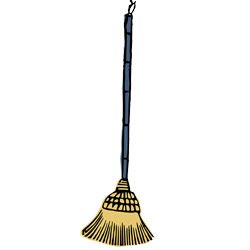 Henry got married three years ago to Amy. They were happy for a few months, but then Amy's controlling personality really blossomed. She controls Henry's ever move, threatens him constantly, and is verbally abusive. One day, they get into an argument at a local restaurant in Boulder. Amy grows so angry she hits Henry over the head with a plate. The police are called, and she is charged with Assault Domestic Violence. Until he can get the money to bail her out, Henry visits his wife in jail. One day, while visiting, Amy pleads with Henry to tell the police to drop the charges, and threatens she'll beat him again if he mentions the incident last year where she hit him over the head with the broom. The police record all jail visits, so Amy now faces Victim Intimidation charges for influencing him under the threat of violence to withhold evidence.

Why You Need a Lawyer for Witness or Victim Intimidation Charges

If you are facing Witness or Victim Intimidation charges in Colorado, don't hesitate to contact an affordable, hardworking criminal defense lawyer to be your advocate in the courtroom. You may be facing other charges, and when crimes pile up, you need the expertise of a knowledgeable attorney to work through the evidence and get you the best possible outcome in your case. Don't put your future in the hands of an overworked public defender. Instead, call a passionate criminal lawyer for a free consultation to discuss your plan for defense. Here at the O'Malley Law Office, we fight to win.

If you or a loved one is facing Witness or Victim Intimidation charges, be smart, exercise your right to remain silent, and contact an experienced criminal defense attorney at the O'Malley Law Office for a free consultation at 303-830-0880 for a free consultation. Together, we can protect your future.Request a Free Consultation