SnapChat and Assault Charges in the Denver Area

When you hear about SnapChat and a crime in Denver, Arapahoe, or Jefferson County, we all tend to think about sexting and internet sex crimes. But, recently I came across an article about SnapChat and Assault charges in Parker, Colorado. Let's look at how an innocent post on social media led to one man's arrest.

Road Rage Ends with an Assault

According to the news, a young man was driving home last week in Parker. He was at the intersection of Jordan Road and Bradbury Parkway when a car tried to pass him angrily where the two lanes merge. The passing car clipped the youngOriginally, the defendant in the case could not be found.man's car before pulling over. When the driver got out of his car, the younger man thought he must want to exchange insurance information. Instead, the older man attacked him, punching him and knocking him to the ground. A woman in the other car pulled off the older man before he could harm him further, before they drove off. The injured teen was unable to see the car's license plates, so it seemed the attacker would get away.

Police thought the road rage incident wouldn't end with an arrest, because they couldn't find the attacker. That is, until his own daughter posted a video of the attack on her SnapChat account. SnapChat is an online social sharing app, and it wasThe man's daughter posted a video on social media which led to his arrest. quickly discovered. It was removed a short time later, but not before investigators caught a screen capture of the video. This led to the man's arrest. He was charged with Third Degree Assault – C.R.S. 18-3-204, because no weapon was used, and the young man didn't face any permanent injuries from the attack.

SnapChat and Assault Charges: This is Why You Need a Lawyer 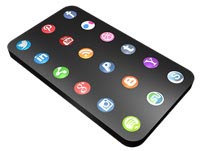 It's not often that you hear of SnapChat and Assault charges in the same story. But, this incident perfectly illustrates the importance of working with a skilled lawyer who understands the importance of social media on criminal cases. Many attorneys haven't caught on to how much a post on social media accounts can help or hurt their clients. Here at the O'Malley Law Office, we look into every possible angle of your case, looking for evidence which will benefit you in the courtroom. We fight hard to bring this evidence into the court if it helps, and keep it out if reflects badly on your case. Social media made the difference in this road rage case. We understand the positive and negative impact it can have for our clients in Douglas, El Paso, and Adams County.