Teachers, Sexual Assault, and the Position of Trust Label in Denver

You read about it in the news almost daily – a young female teacher has been caught having a sexual relationship with a student. It is almost unbelievable how often these types of situations are discovered – even here in Denver, Arapahoe, and Douglas County schools. But, when you consider the heightened sexuality of our culture, these charges really shouldn't shock us. Let's look at multiple examples of Sexual Assault on a Child by a Person in a Position of Trust, and learn how it is charged.

Spanish Teacher Has a Sexual Relationship with Student

According to the news, a young Spanish teacher at a Catholic high school has pled guilty to sexual assault charges. Allegedly, she had a sexual relationship with one of her male students. The “victim” stated that he and his teacher had sex many different times, in different classrooms between and after school hours. They also apparently had sexual encounters in a car as well as his own house.

Two Teachers Have Sex with Students at a Party

In another situation, two female teachers have been charged with multiple sex crimes after allegedly having sex with high school students at a beach party they planned. According to the news, the two young teachers seduced students and gave them alcohol during an overnight campout. The two women had sexual relations with at least two different students.

Gym Teacher Charged for Sex with a Young Student

Another news article details a 24-year-old female basketball coach and gym teacher at a prestigious school who is facing statutory rape charges for having a sexual relationship with a young male student. The young man alleged there was regular sexual contact (two times per week at times) throughout the years, including on school property at other locations.

Charged with Sexual Assault, Position of Trust in Colorado 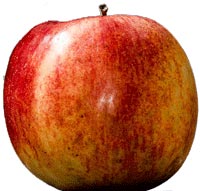 If any of these situations had occurred in Jefferson, Adams, or El Paso County, or anywhere in Colorado, the teachers would be facing lifetime sentences. That's because they wouldn't face statutory rape charges – instead, they would be charged with Sexual Assault on a Child by a Person in a Position of Trust. Colorado is extremely harsh when it comes to sexual crimes towards minors. The “position of trust” label is the important aspect of this crime.

When a person has a sexual relationship with a teenager and they are in a position of trust (such as a teacher, coach, etc.), the age of consent doesn't apply. A 17-year-old could have a consensual sexual relationship with a teacher and the teacher could be convicted and sentenced to prison for life. The age of consent is 15 or 16 if their partner is within ten years of their age, and not in a position of trust.

You need the expertise of an aggressive sex crimes lawyer if you've been charged.

The law simply doesn't match the current mindset in our culture. In the past 10 years, our society has become more and more sexual. Children are exposed to sex and pornography at very early ages. What was considered to be soft-core porn in the past is now plastered on the front of magazines in the grocery store. In most cases where teachers have had sex with a student, the relationship was consensual. In fact, I read one story where the reason the relationship was found out was because the “victim” bragged to his friends about having sex with the teacher. The alleged victims aren't held accountable for their own actions.

Sexual Assault on a Child by a Person in a Position of Trust is a serious sexual offense. Despite the fact that in many cases the sexual relationship was consensual, the older person in the In many cases, the sexual relationship was mutual – but often, the older person in the relationship will face serious consequences.relationship will face serious consequences. Sexual Assault on a Child by One in a Position of Trust is subject to indeterminate sentencing, sex offender registration, and sex offender treatment. A lifetime in prison, and registration and treatment as a sex offender are harsh consequences for a mutual relationship. This is why it is important to contact a skilled criminal defense lawyer to aggressively fight on your behalf. Don't stand alone in the courtroom – you'll be treated as if you are guilty before you've even stood trial. The attorneys at the O'Malley Law Office have 40 years of combined courtroom experience – we will stand by your side and fight to protect your future and freedom.

If you or a loved one has been charged with Sexual Assault on a Child by a Person in a Position of Trust, be smart, exercise your right to remain silent, and contact an experienced criminal defense attorney at the O'Malley Law Office for a free consultation at303-830-0880. Together, we can protect your future.Request a Free Consultation