When you hear someone is being charged with Reckless Endangerment, you imagine they were driving their car recklessly, or engaged in some sort of auto accident. But, this isn't always the case. I read a story the other day about three teens who are facing Reckless Endangerment charges, and they weren't driving – instead, they were throwing rocks at drivers from an overpass. Obviously, this is dangerous activity. Let's take a look at this crime and how it is charged in Denver, Adams, and Douglas County.

What is Reckless Endangerment?

Reckless Endangerment – C.R.S. 18-3-208, is charged whenever a person engages in risky conduct which puts another person is danger of serious bodily injury. Obviously, this is a broad definition – this vague crime can be charged in a variety of different situations in Arapahoe, El Paso, and Douglas County. For a simple definition of Reckless Endangerment (free of legal jargon), read our Simplified Law blog. We typically see this charge after a person shoots a gun in an area where people are endangered. For example, when a gun goes off accidentally while being cleaned. We've also seen people accused of Reckless Endangerment when shooting a bow and arrow in their backyard, or when they drive their car in a manner which endangers nearby pedestrians.

This vague crime is charged in a variety of situations in Colorado. 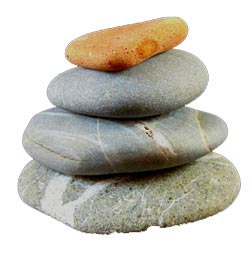 The three teens from Pueblo, Colorado, are facing Reckless Endangerment and property damage charges. According to the news, they allegedly threw rocks at cars passing under them on Interstate 25. The police have stated that approximately $13,000 worth of damage was caused to at least 15 vehicles. The reason they were discovered, is because they threw a rock at a passing police officer, who exited and went to investigate. Two teens ran away, but were later discovered and arrested (they could face charges for Resisting Arrest – C.R.S. 18-8-103).

Why You Need a Lawyer for Reckless Endangerment Charges

Reckless Endangerment is a class 3 misdemeanor in Boulder, Gilpin, and Denver County. An adult convicted of this offense could be sentenced for up to 6 months in a county jail, and be required to pay up to a $750 fine. If you or your child has been charged, don't hesitate to contact one of our hard-hitting criminal defense lawyers to defend you in your court case. A conviction can look bad on your record – employers may have a hard time trusting you, making it difficult to get certain jobs. Don't be bullied by the District Attorney or the police into pleading guilty to avoid jail time. Instead, ensure you get the best possible outcome by hiring an affordable attorney to stand by your side in the courtroom and advocate on your behalf. Protect your future by investing in an excellent attorney.

If you or a loved one has been charged with Reckless Endangerment like the teens throwing rocks on the overpass, don't hesitate to contact one of the experienced criminal defense attorneys at the O'Malley Law Office for a free consultation at 303-830-0880. Together, we can protect your future.Request a Free Consultation