Warning: Pulling Down a U.S. Marshall’s Shorts is Ill-Advised

We want to offer a bit of advice: Don't try to pull down the shorts of a U.S. Marshall. It's just not going to end well for you. We understand, of course, that you may not know you are pulling down a FederalPulling down a U.S. Marshall's pants isn't going to end well. officer's pants. In this situation, we recommend you contact a skilled criminal lawyer immediately to get the best possible outcome in a Denver, Adams, or Jefferson County court. This might seem like a bit of a ridiculous warning, but one young man in Pittsburgh could have done well to read this blog before heading to the park.

A 19-year-old man waited by the side of the trail. A woman jogged by, and he ran after her. Once he caught up with her, the young man grabbed her butt, and then pulled down her shorts before running away. What he didn't expect was for the woman to take up the chase. He was 6'4” and 210 pounds, while she was only 5'5”. She ran after him yelling she was a federal agent. Once she cornered him, she was forced to kick him in the crotch and punch him in the face to stop him from escaping. No one was seriously injured, though the Marshall's pinky was sprained, most likely from punching the man in the face.

If this incident had occurred in Arapahoe, Douglas, or El Paso County, the young man most likely would be charged with Unlawful Sexual Contact and Escape. Let's take a closer look at these two offenses. 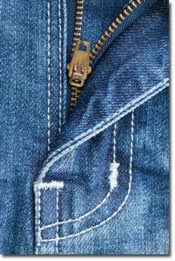 contact and they do not consent, or are incapable of giving consent (due either to mental disability or alcohol impairment). “Sexual contact” is defined as the knowing touching of a person's private areas (including the butt and breasts), or the clothing covering the intimate parts.

You will be charged with Escape if you escape police custody or confinement while being questioned regarding a crime, or after being charged with or convicted of a crime. It's not difficult to be charged- even walking away from a work release sentence results in an Escape charge.

Contact with the Law: Why You Need a Lawyer

Like the young man who unknowingly attacked a U.S. Marshall, it can be easy to have run-ins with law enforcement. Last week in the Denver area, a woman was pulled over by an off-duty police officer. The problem with committing crimes against law enforcement officers is that you're outnumbered in court. Police officers work with District Attorneys and judges on a daily basis. They have a thorough understanding of the criminal justice system, and they always appear as the “good guy” in the general public's eye. This is why you need an aggressive criminal defense lawyer to fight on your behalf if you have been charged with a crime where a police officer is the victim. Don't stand alone or give up hope – the best criminal defense attorneys have a thorough understanding of criminal law. Getting your case dismissed is our top priority.

If you or a loved one has been charged with a crime against a law enforcement officer (like the U.S. Marshall), be smart, exercise your right to remain silent, and contact an experienced criminal defense attorney at the O'Malley Law Office at 303-830-0880. If you or a friend needs a jail visit from an attorney, we can do that. Together, we will protect your future.Request a Free Consultation

Image courtesy of Feelart and foto76 at FreeDigitalPhotos.net