Woman Goes to Jail for Assaulting Boyfriend During Monopoly

You may have seen the funny photo making its way around the internet: “Monopoly: Destroying friendships since 1904.” I've always experienced the stress and competitiveness that arises with friends when playing Monopoly, and so the photo has made me laugh. But, I never found a story that confirms the truthfulness of this meme until today. I came across an article about a woman who ended up in jail after attacking her boyfriend during a game of – you guessed it – Monopoly. If this fateful game had taken place in Denver, Adams, or Jefferson County, she would be facing Assault Domestic Violence charges.

A Frustrated Slap During Monopoly Ends in Arrest 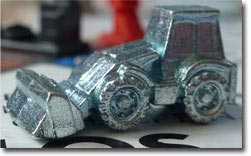 According to one news report, the young woman was playing a game of Monopoly with her boyfriend. We're not sure what when wrong; maybe he stole money from the bank, or charged her a fortune for staying on Broadway, but the game quickly went sour. The woman slapped her boyfriend, and someone called the police, who arrived at the home, and arrested the young woman. Obviously, her boyfriend was fine and needed no medical attention, so why was she treated so harshly?

You may be surprised that the young woman was arrested for simply slapping her boyfriend. Most people don't know that all Domestic Violence (DV) calls end in an arrest in Arapahoe, El Paso, or Jefferson County. This is because the police are required to arrest someone when they respond to DV calls. According to Colorado law, it is mandatory. So, even if the “violence” is a simple slap on the face, the police will arrest the person who did the slapping, once they arrive at the home.

The police are  required to make an arrest for DV calls.

Why You Need a Lawyer for Domestic Violence Crimes

Domestic Violence isn't a crime in and of itself. Instead, it can be added to any crime – it simply adds more consequences for a conviction. This is why you need to contact a Denver, Littleton, or Arvada skilled lawyer if you have been arrested Domestic Violence is one-size-fits-all, which isn't just, or effective.for Assault Domestic Violence or any other DV crime. If you are convicted, you will be required to undergo DV treatment overseen by the Domestic Violence Offender Management Board. The general public tends to think this treatment is helpful, but what they don't understand is that it is one-size-fits-all. For example, this young woman who slapped her boyfriend would receive the same treatment as a man who habitually beats his wife. This isn't justice, and we don't believe it helps anyone. This is why you need to work with an outstanding attorney who understands the importance of getting a DV case dismissed. And, here at the O'Malley Law Office, we fight to win.

If you or a loved one has been charged with Assault Domestic Violence or any other DV crime, be smart, exercise your right to remain silent, and contact an experienced criminal defense attorney at the O'Malley Law Office for a free consultation at 303-830-0880 for a free consultation. Together, we can protect your future.Request a Free Consultation