When you hear someone is facing felony drug charges in Denver, Adams, or El Paso County, you think of a hardened, well-experienced dealer. This stereotype isn't always fitting, however. I recently saw an article in the news that illustrates this: a young girl in Mesa County has been charged with felony drug offenses, and was arrested a few weeks ago. She is only 13 years old. Let's take a look at how such a young person could be charged with such serious crimes. 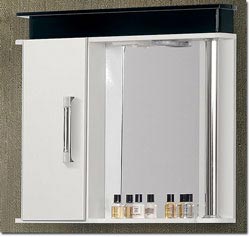 According to statute 18-18-204, oxycodone and morphine are schedule 2 drugs in Arapahoe, Douglas, and Jefferson County, and across Colorado. Drugs are placed in this category when they have a:

“High potential for abuse,” are “currently accepted as medical use in the United States,” and the “abuse of the substance may lead to severe psychological or physical dependence.”

The Mesa County girl is likely being charged with:

*Unlawful Possession of a Controlled Substance

When unlawfully possessing a schedule II drug in the state of Colorado, a person will be charged with a level 4 drug felony.

When a person unlawfully distributes a schedule II drug, they will be charged with a level 1 to a level 3 drug felony (depending on the amount distributed). Any drug possession with intent to sell at an elementary school, or high school like this one in Clifton, CO, escalates the potential penalties under Colorado law. A conviction will result in a designation as a “special offender,” and an automatic level 1 drug felony – C.R.S. 18-18-407.

Don't let a mistake determine your child's future – contact a lawyer for a free consultation.

The Sentence for Drug Charges

The sentencing for drug charges changed at the end of 2013. If an adult is convicted of a level 1 drug felony, they can expect a sentence from 8-32 years in prison. With a level 4 drug felony conviction, they can expect a sentence from 6 months to 1 year. Juveniles are not convicted in Colorado courts. Instead, they are adjudicated. This means the sentencing options are less severe. And, a juvenile's record can be expunged in most cases.

Why Your Child Needs an Expert Juvenile Defense Attorney

If your child is facing felony drug charges, or any other criminal charges, don't hesitate to contact one of our hard-working juvenile defense lawyers. The Mesa County middle school girl likely isn't a hardened criminal. She was likely influenced by the media and her peers to steal the pills, and didn't know that a single dose of oxycodone can be fatal to non-users. But, even if your child made a mistake, they still need to deal with the consequences of their mistake. Don't let them face the criminal justice system alone. Hire an affordable lawyer who will be their advocate in the courtroom to ensure their future is not jeopardized.

If your child is facing felony drug charges, don't hesitate to contact one of the experienced criminal defense attorneys at the O'Malley Law Office for a free consultation at 303-830-0880. Together, we can protect your future.Request a Free Consultation