Some people just can't stay away from social media. Addiction to online platforms where we update people on the status of our lives doesn't often have an obvious impact on our well being. But, one burglar was arrested after sharing a bit too much – he posted his hiding place on SnapChat. Let's take a closer look at how a person can be charged with Burglary in Denver, Arapahoe, or Jefferson County, and how dangerous social media can be for your criminal case.

Our Society's Addiction to Social Media

People are addicted to social media. They sacrifice personal relationships and connections for the sake of getting another “like” or comment. According to a recent study, people have turned themselves into “social media ‘trophy hunters.'” The following statistics were discovered during the study:

Almost 3 of 4 people admit to being disconnected or rude to others because they're more focused on their phone than the other person.

91% of people in the study have seen tourists across the world miss a good moment because they were looking at their smart phone / device.

79% of people in the study have seen a parent undermine their relationship with their children in an attempt to get the perfect post for social media.

14% of people in the study have personally risked their safety while trying to get a good post to share online with their friends and followers.

Obviously our culture has a problem. Social media addiction is slowly ruining lives. But sometimes, this process is much more obvious. 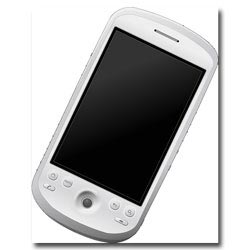 According to the news, the police were searching for a man who was involved in a recent burglary. They were still unable to locate the suspect, until he posted on SnapChat that he was at his home. The police went to his home and exercised a search warrant, but were unable to find the man. That is, until one of them checked his SnapChat timeline, and saw that he had posted his hiding place – a cabinet in his house. The unfortunate burglar was found and arrested and is facing Burglary charges.

You can be sure investigators are keeping a close watch on your social media accounts.

What is Burglary in Colorado?

Burglary is charged in Adams, El Paso, and Douglas County and across Colorado when a person unlawfully enters a building or home with the intent to commit a crime. This intent is the most important aspect of any burglary charge – without it, a person is likely to be charged with Trespassing. The crime the person is intending to commit can be anything – including Assault, Criminal Mischief, Harassment, or in this case – Theft (the SnapChat poster had allegedly stolen cooking equipment). For more information, read our simple definition of burglary charges.

If you or a loved one has been charged with a crime, be smart, stay off of social media, exercise your right to remain silent, and contact an experienced criminal defense attorney at the O'Malley Law Office for a free consultation at 303-830-0880. Together, we can protect your future.Request a Free Consultation