Paying your taxes is frustrating. This is an indisputable fact for every tax-payer in the United States. And sometimes, frustration can get the best of you. Taxes proved too overwhelming for one woman, who was arrested after she was caught on video head-butting a tax worker. The fight began as a verbal disagreement, and then quickly escalated. In Denver, Arapahoe, and Boulder County, this woman would likely be facing Third Degree Assault charges. Let's take a closer look at this story so we can learn more. 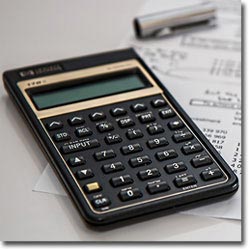 In the viral video, two women are seen arguing in a Wal-Mart store. One of the women is a tax worker employed with Jackson Hewitt. The tax worker began swearing at her customer, telling her to get her “poor (expletive) out [of] the store.” Then, she further attacked the other woman with verbal abuse. The two get closer and closer, until the customer grows infuriated, and can be seen head butting the tax worker. They begin to grapple on the floor, until they are pulled apart.

Third Degree Assault – C.R.S. 18-3-204, is charged whenever someone causes bodily injury to another person. According to Colorado statute 18-1-901, bodily injury is defined as:

“..physical pain, illness, or any impairment of physical or mental condition.”

As you can see, this is an extremely vague definition. Everyone handles pain differently, and the law even states the impairment can be a mental one. It's not difficult to be charged with Third Degree Assault in Adams, Douglas, or Jefferson County. Often, 3rd Degree Assault is charged when the police don't know what else to charge after a public fight.

Additional Charges Can be Added

Don't let a moment of frustration define your future – contact a lawyer to defend you in court.

Frustration Get the Best of You? A Lawyer Can Help

If you let your frustration get the best of you and were charged with a crime, don't hesitate to contact a hard-hitting criminal defense attorney to get involved early in your case. You might have a valid self-defense claim. Don't let a mistake or bad decision determine your future. A knowledgeable lawyer will be able to look at your case and work to create a favorable plea agreement, or get your case dismissed.

If you or a loved one has been charged with 3rd Degree Assault, be smart, exercise your right to remain silent, and contact an experienced criminal defense attorney at the O'Malley Law Office for a free consultation at 303-830-0880. We can also visit your family member in the Denver or Arapahoe County Jail. Together, we can protect your future.Request a Free Consultation