A Jefferson County woman was arrested last year and charged with Theft, after it was suspected she embezzled over $10,000 from a Littleton High School Volleyball Booster Club. We receive calls about Theft within clubs and organizations often. Money can be mismanaged, and often, people think taking a little bit from an account every once in a while won't go noticed. Unfortunately, over time charges pile up as the amount rises, so people are faced with serious consequences before they know it. Let's take a look at Theft laws in Denver, Adams, and Douglas County.

Denver Theft Charges: An Overview of the Crime

Have you been charged with Theft? 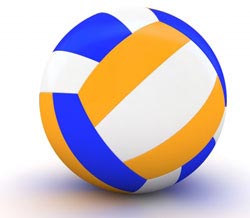 The woman had access to the club's bank accounts

The Littleton woman charged with Theft was the former treasurer of the Booster Club. Through this position, she had access and control of the bank accounts. We can't say for sure why this woman stole money from the club, but we have worked with countless people charged with Theft in Boulder, Arapahoe, and El Paso County. When people are worried about paying bills and making rent, they make choices which can lead to serious consequences. Taking a little bit from accounts with the intent to pay it back might seem like a way to get by – but can result in being charged with Theft.

Sentence for Theft Charges in Colorado

Theft is sentenced similarly to Criminal Mischief – the level of offense depends on the total value of the stolen items. The following chart shows the different levels:

Like Criminal Mischief charges, the police add up the value of the stolen items – the total of all the items is the amount which is used to determine the level of offense. The woman in Littleton is alleged to have stolen around $9,000, so she has likely been charged with a class 4 felony, which is punishable by up to 6 years in the Colorado Department of Corrections.

Charged with Theft? Why You Need a Lawyer

Get your life back on track with a dismissal or acquittal

If you have been charged with Theft, contact a reputable lawyer immediately. Put a stop to the cycle and habit of making ends meet by embezzling money. Contact a criminal defense attorney who understands where you are at, and can fight to protect your future. Sitting in prison won't help you get your life back on track. We fight hard for our clients, and often get cases dismissed, or work out favorable plea deals to avoid jail or prison time. If your case goes to trial because you are innocent, we battle the District Attorney at every stage to win an acquittal. Don't stand alone in the courtroom – work with an attorney who fights to win.

If you or a loved one has been charged with Theft, be smart, exercise your right to remain silent, and contact an experienced criminal defense attorney at the O'Malley Law Office at 303-830-0880. Together, we will protect your future.Request a Free Consultation

Image courtesy of tigger11th, at FreeDigitalPhotos.net