Man Arrested for Packing 31 Pounds of Marijuana for Travel

Marijuana is legal in Boulder, Adams, and Jefferson County and all across Colorado. If you don't know this, you haven't been reading the news at all for the past two years. If you're like me, you can't travel anywhere and say you live in Denver without someone saying: “Oh, yeah – pot is legal there now!” Now, while everyone knows cannabis is legal in Colorado, not many people know there are still limitations to how and where a person can use it (click here for more information on marijuana laws in Colorado). For example, it's illegal to bring marijuana purchased in Colorado back home to another state. It's especially illegal to pack 31 pounds of marijuana in your duffel bag. But, one man got carried away and tried to get home with a large amount of weed. Let's take a look at his story, and also the law in Colorado.

That's a Lot of Pot: 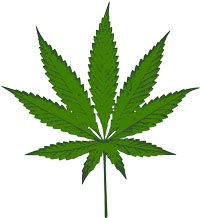 An out-of-state man was arrested and is now facing felony drug charges after official searched his luggage while traveling by train. Apparently, someone contacted the authorities because the man smelled like marijuana. Officers confiscated the man's luggage, but allowed him to continue on his travels. Then, they opened up his bag. What they found was surprising: in the bag were 31 pounds of marijuana and marijuana products. These included: 17 pounds of marijuana, 4 ounces of hash, and 14 pounds of marijuana edibles (like brownies). The police arrested the man farther down the train track for possession of an illegal substance. Now, this man would have been arrested in Douglas, Denver, and El Paso County if he had been traveling here. Let's take a look at why.

Possessing More than 1 oz is Illegal

While Colorado has legalized marijuana, neighboring states have not. So, if you plan on stocking up on pot and heading out of state, think again. Police officers along the border are aware of the new laws in Colorado, and watch drivers carefully for traffic stops and searches.

Other Illegal Uses of Marijuana

There are a few other laws relating to marijuana you need to know. It is only legal to consume pot in private – you can't smoke a joint in a public park. Also, it is illegal to be under the influence of marijuana and drive. Consequences for doing so include fines, a revoked license, or jail time.

Charged with a Drug Crime? You Need a Lawyer

While Colorado has lessened the penalties for drug offenses, it is still important to fight the charges against you if you have received a summons or complaint for a drug crime. It's not hard to be charged, especially when a drug like marijuana is legal. Don't plead guilty to avoid jail time and embarrassment. Instead, contact an experienced drug crimes defense lawyer to fight on your behalf in the courtroom and protect your future.

If you or a loved one has been charged with a drug crime like the man transporting pounds of marijuana, be smart, exercise your right to remain silent, and contact an experienced criminal defense attorney at the O'Malley Law Office for a free consultation at 303-830-0880. If you or a friend needs a jail visit from an attorney, we can do that. Together, we will protect your future.Request a Free Consultation