I read an article the other day which perfectly illustrates how easy it is to get caught up in the moment and end up facing criminal charges. Many of our clients are good people who made a one-time mistake, were falsely accused, or lost their heads in a tense moment. They never intended to commit a crime or get arrested in Arapahoe, Jefferson, or Denver County. Sometimes, life gets out of hand and we make decisions which end badly. Here at the O'Malley Law Office, we don't believe one choice should define the rest of your life.

Most Inconvenient Tax Payment Ever 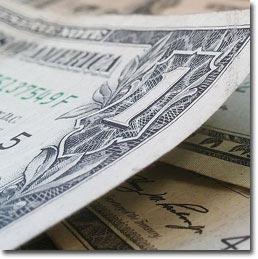 We've all been frustrated by having to pay taxes at some point. But, one man got so fed-up he decided to make a point. He marched into his local tax office to pay his taxes. He was required to pay $600 in property taxes. But, it wasn't specified in what form the payment had to be. So, he folded up 600 $1 bills into tiny pieces, and handed them to the government employees at the office. The tax collector was frustrated by this inconvenience (because it took so long to unfold each bill, unfolding them all would have taken 60 hours), so he asked the man to leave. When he refused to do so, the tax collector called the police, who charged him with Trespass. When a deputy arrived to handcuff him, the man understandably pulled away. After all, he was simply there to pay his taxes (albeit it in an inconvenient way). When the deputy tried to grab the man's arm again, the man fought back and the deputy ended up wrestling the man to the ground in order to handcuff him. Because he fought back, the man was also charged with Resisting Arrest.

In trying to make a stand against taxes, this man ended up in jail.

Make a Mistake? You Need a Friend in the Courtroom

This man was likely trying to make a point. Maybe he thought he would end up in the news, and people would see his stand against property taxes in a good light. Unfortunately, events escalated quickly, and he ended up facing serious criminal charges. If this incident had happened in El Paso, Adams, or Douglas County, the man would likely have been charged with Third Degree Criminal Trespass – C.R.S. 18-4-504 (which ranges from a petty offense up to a felony crime), and Resisting Arrest – C.R.S. 18-8-103 (which is a class 2 misdemeanor). Both these crimes can result in jail or prison time. This man's decision to make a point didn't end well. If you have found yourself in a similar situation – charged with a crime after a poor choice, contact one of our aggressive criminal defense lawyers immediately. Don't stand alone in the courtroom. Have an advocate by your side who will fight to protect your future, and fight to make sure one decision doesn't control the rest of your life. And here at the O'Malley Law Office, we fight to win.

If you or a loved one has been charged with Trespassing or Resisting Arrest, be smart, exercise your right to remain silent, and contact an experienced criminal defense attorney at the O'Malley Law Office for a free consultation at 303-830-0880. We also conduct attorney visits with your loved one in the county jail. Together, we can protect your future.Request a Free Consultation