Police Mistakes on a Summons or Complaint

I am often asked whether a mistake like date of birth or offense location by the police officer on a Complaint or Information (felony cases) or Summons (misdemeanor and DUI / DWAI cases), can result in a dismissal.  In the past, this was an effective defense and could result in the dismissal of a case at trial in Denver and Adams County.  Now, the issue must be raised by the defense in advance of trial (Criminal Procedure Rule 12 – giving advance notice), and the District Attorney can then amend or modify these charging documents.  The deadline for the DA is up to the time the jury announces their verdict.  So, all during the trial, if the DA learns of a mistake, they can make their amendment.

Lawmakers are Worried About Reelection

District Attorneys in Douglas and Weld County have long lobbied the legislature for laws and rules which make their job easier.  Legislators are worried that if they don't vote for the DAs, they will be criticized at reelection time.  So, they are always willing to go along with laws to make convictions easier to obtain.  I deeply regret that law makers are more concerned with getting reelected than they are with doing the right thing.

The Defense is Prejudiced Under Rule 12

When a DA gets to modify the summons or complaint charges on a serious charge like Assault, or even a DUI / DWAI all the way up to verdict, the defendant pays the price.  What if the defendant could have offered additional 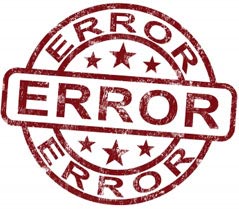 evidence to refute the new charge?  Defendants are not able to locate evidence and subpoena new witnesses at the last moment during trial.  Strategy takes time and planning – in advance of trial.  Then, once the strategy is developed, defense lawyers begin to educate and condition the jury to their case theory during voir dire (jury District Attorneys now have an unfair advantage in court. This is why you need an experienced criminal defense attorney to be your advocate.selection) and opening statement.  All this is lost if the DA is permitted to modify or amend important charging documents all the way up to verdict during trial. Rule 12 is written so broadly that the District Attorney can wait until after the trial is well underway, and then introduce additional charges against the defendant.  The defense is then at a great disadvantage.  The defense attorney will have a tough time defending the new charge.  Lobbying by the Colorado District Attorney's Council is so effective that in many areas of criminal law the DAs now have an unfair advantage

Our law firm is well aware of tricks like this which the government uses to convict innocent men and women in Jefferson and Arapahoe County.  So, never answer any questions of police or law enforcement.  Instead, get a defense team on your side early on.  Give us a call at 303-830-0880 and come in for a free initial consultation.  Together, we can protect your future.Request a Free Consultation